Yesterday’s weekly inventory report from the EIA was universally bullish on the headline level as there were sizeable draws in crude oil stockpiles as well as in the refined products. The market responded favorably to the supply drops and WTI futures finished the day up 1.61%.

Beginning with those aforementioned headlines, commercial crude oil stocks fell –4.7M bbls last week, larger than analysts expectations of –3.1M and opposite from the API report that showed a build of +1.628M bbls. 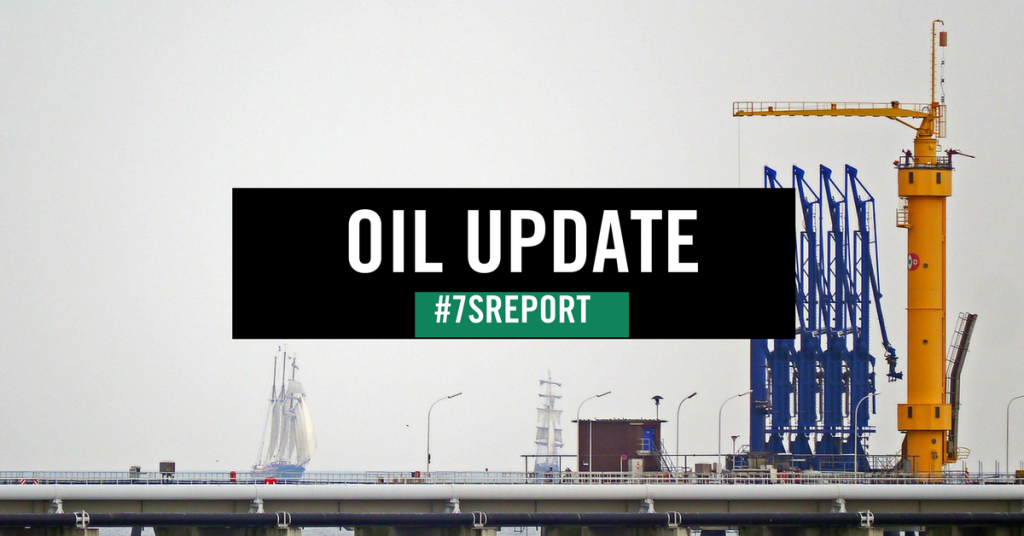 Gasoline supply fell –4.4M bbls yesterday, and while that was less than the draw reported by the API (-5.4M) it was much larger than the average analyst estimate of –600K bbls.

Distillate inventories also fell –2.1M vs. (E) -700K rounding out a broadly bullish set of headlines in the report.

The details of the report however, once again showed a continuation in the bearish trend of rising US production. Lower 48 production (which filters out the seasonally volatile Alaskan data) rose another +30K b/d last week, above the 2017 average pace of +26K b/d to

Bottom line, a string of supply draws over the last three weeks in crude oil and gasoline stocks totaling –18.6M bbls and –9.8M bbls, respectively, has offered the market some support, and helped curb a decline that pushed oil prices down to new 2017 lows. And with sentiment being very bearish coming into the month of July, the market was due for an upside correction. But, the underlying fundamentals remain bearish and as of now, we believe this is a counter-trend rally in an otherwise still broadly downward trending energy market. We won’t fight the rising tide, and a run at $50/barrel in WTI is very plausible, but we will be looking for signs of the trend to break in the weeks ahead and for the market to turn back lower based on fundamentals, market internals (term structure), and longer term technicals.

How Does Trump’s Approval Rating Impact The Stock Market? March 8, 2017

Download a Sample Issue of Sevens Report. Click Here
Gold and Real Interest Rate Update, What It Means for the Economy, July 19,...