As expected, the ECB left all major policy decisions as they were at the July meeting, including interest rates, QE and a lack of any material new forward guidance. The initial reaction to the statement was dovish, as policymakers appeared to simple “kick the can” toward the September meeting.

But, Draghi’s press conference following the statement offered more mixed signals. First, the ECB President reiterated his upbeat view of the European economy, which is slightly hawkish, but did mention that he and other policymakers remain cautious about the lack of inflation. To that point, Draghi repeated his pledge to increase QE in both size and duration should the economy falter or financial conditions worsen. This was largely expected, but it offered a dovish reminder. At this point in the press conference, the release was still a wash. 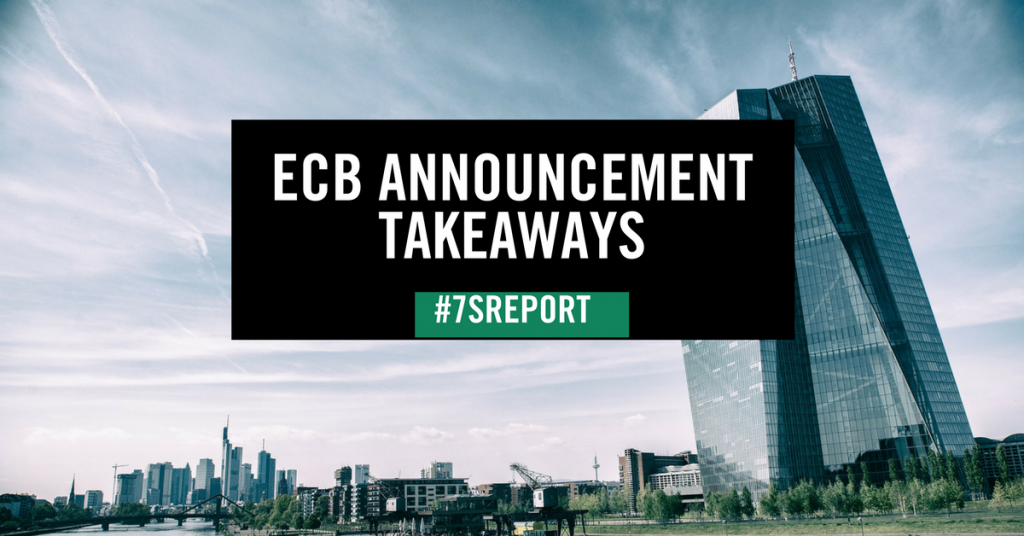 The catalyst for the surge in the euro, which gained well over 1% in intraday trade, was actually due to the lack of attention Draghi gave to the recent strength in the currency. He had several opportunities to address the recent gains in the euro, which hit multi-year highs earlier this week.

Yet the failure to do so was enough for currency traders to chase the shared currency up to new highs.

Bottom line, the ECB effectively “kicked the taper can” to the September meeting, which means unless Draghi verbally suggests otherwise between now and then, any changes will likely be very subtle (i.e. modest taper to QE but extended duration). That was underscored by the fact that the 10-year bund was essentially unchanged yesterday. Looking ahead, the ECB still is a long way off from actually tightening policy (as they are technically still actively easing with their QE program) and as such, the rally in the euro is getting a bit extended. Nonetheless, the trend remains bullish for the euro, and until there is a catalyst such as blunt, less-dovish commentary from Draghi or a spike in EU inflation, then the path of least resistance will remain higher for the euro.

When Will Rate Hikes Kill The Rally?

Download a Sample Issue of Sevens Report. Click Here
Oil Update & What It Means for the Market, July 20, 2017