January flash PMIs in Japan and the EU were disappointing.  The Japanese manufacturing PMI fell to 50.0 vs. (E) 52.4 while the EU Composite PMI dropped to 50.7 vs. (E) 51.4.  But, markets haven’t traded off Japanese data in over a year, and the “Yellow Vest” disruptions are weighing on French PMIs, which dragged the composite EU PMI lower, so these disappointing numbers aren’t weighing on markets as much as they normally would.

Today the big number is the U.S. Flash Composite PMI (E: 54.2), as markets are looking for more signs of economic stabilization following the loss of momentum in December.  Anything that implies stabilization will be stock positive.

We also have an ECB Rate Decision (E: No Change to Rates) and the ECB Press Conference (8:30 a.m. ET) and the key will be whether ECB President Draghi is very dovish given more disappointing economic data (he’s not expected to be materially dovish).

Economic Breaker Panel: How We Know the Fed is Still Too Tight 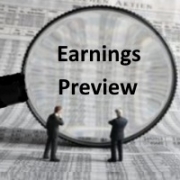 Making Sense of Wednesday's Trade Headlines (That Caused the Selloff) 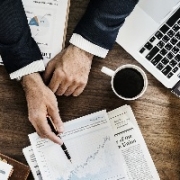 Positive News on the U.S. Consumer (Good for Stocks)
Scroll to top