Below is an excerpt from today’s Sevens Report. Cut through the noise and understand what’s truly driving markets, as this new political and economic reality evolves—start your free two-week trial today.

Economic data was the major influence on markets yesterday, and while most of the focus was on the ISM Manufacturing PMI and the Markit manufacturing PMI, (both of which were in line with expectations), the real market mover was the disappointing auto sales report. 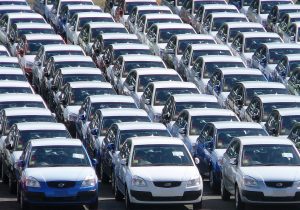 Auto sales fell to 17.0M saar vs. (E) 17.2M saar, and that number joins a growing chorus of caution signs on the auto industry, including fears about used car pricing and used car debt.

Bottom line, auto sales aren’t as popular as the ISM Manufacturing PMI, but the auto industry in the US is massive and very cyclical, and if we are starting to see the beginnings of a pullback in the auto industry that’s not a good sign for the broader economy. That’s why the disappointing auto sales number hit stocks so hard yesterday, even in the face of in-line manufacturing PMIs.

Bigger picture, the “gap” between soft and hard economic data continued to widen yesterday, as the soft PMI survey data was strong while the hard March auto sales data was disappointing. That gap between sentiment/survey data and actual hard economic numbers must be closed sooner rather than later, and it’s a growing risk to stocks.

The trend in the manufacturing sector of the economy remains healthy according to the latest release from the ISM. The March ISM Manufacturing Index did edge back for the first time since August, slipping from 57.7 to 57.2 month over month, but the headline was still narrowly ahead of estimates (57.1).

The details of the report were solid as New Orders remained notably strong at 64.5. That was a slight pullback from February’s reading of 65.1; however, it was the second-largest reading in more than three years (after February). New export orders also were at a three-year-plus high of 59.0 while Employment jumped 4.7 points to 58.0, the highest level in almost six years. Rounding out the report’s internals, Prices Paid rose to 70.5, the highest reading since May 2011, underscoring a potential uptick in inflation in the US.

Bottom line, the ISM release showed some slight moderation month over month, but the general trend remains strong which is a positive (although again, this surging survey data needs to start being confirmed by hard economic numbers).

The Sevens Report is the daily market cheat sheet our subscribers use to keep up on markets, seize opportunities, avoid risks and get more assets. Get your free, no-risk two-week trial at 7sReport.com. 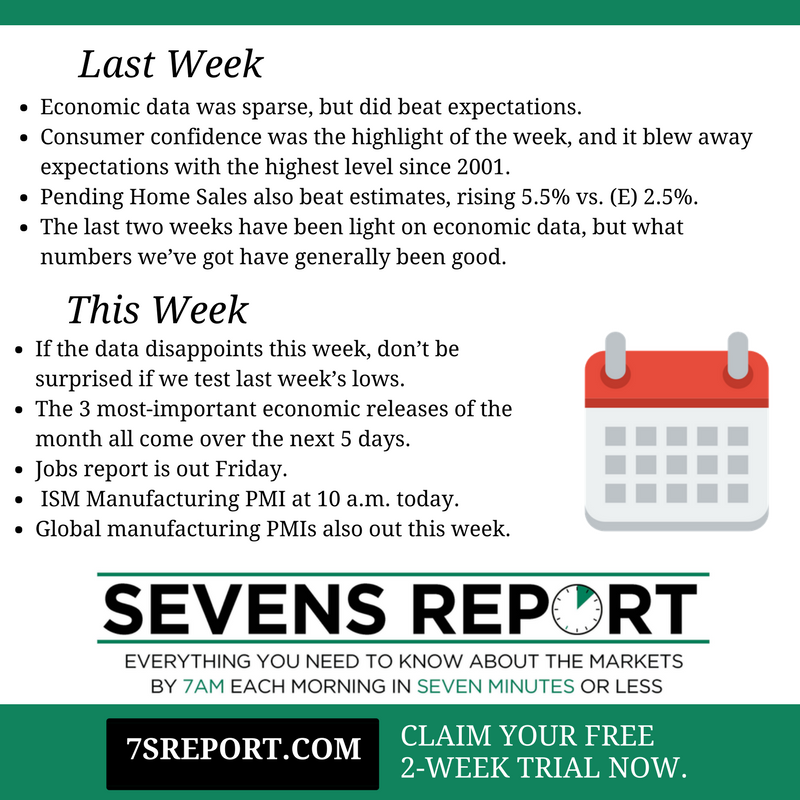