This is an excerpt from today’s Sevens Report. The Sevens Report is the daily market cheat sheet our subscribers use to keep up on markets, seize opportunities, avoid risks and get more assets. Sign up for a free 2 week trial.

It’s obviously impossible to say “when” this will matter to stocks, but I want to make very clear to everyone that the political outlook for stimulus is darkening, and the chance of any pro-growth measures hitting the markets in 2017 are falling, quickly… and sooner or later that will be a problem for this market.

To that point, yesterday there were three separate areas where the outlook for fiscal stimulus darkened. First, while Treasury Secretary Mnuchin did a good job in both his major interviews (WSJ and CNBC) he didn’t add anything incremental regarding corporate tax cuts, and was downright vague on the idea of border adjustments, which is the key to corporate tax cuts.

Yes, he did say he expects a broad corporate tax reform bill by the August recess, but that’s just repeating what Speaker Ryan has said (i.e., nothing new). Bottom line, the outlook for corporate tax cuts in 2017 (and maybe at all) continues to get worse. 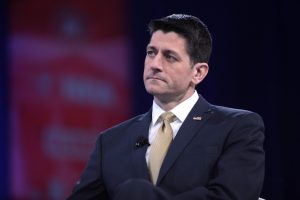 Speaker Paul Ryan has said he expects a broad corporate tax reform bill by the August recess. The outlook for corporate tax cuts in 2017 continues to get worse.

There were some additional headlines regarding this issue late yesterday afternoon when President Trump told Reuters he supported “some form of border tax.” Markets initially took this as a positive (implying he was supportive of border adjustments) but that’s premature because what he meant was unclear as his subsequent comments more implied he supported tariffs in some form (not the full scale border adjustments needed to pass corporate tax reform).

Third, as we’ve covered, the way things are looking right now Republicans must get the repeal/replace of Obamacare done before they can tackle corporate tax reform. Well, Politico reported that Republican Alaska Senator Murkowski won’t vote for any repeal/replace that reduces the Medicaid expansion. With just a 53/47 majority in the Senate, the chances of just getting 50 votes on a repeal/replace continue to dwindle, and by all reports Republicans remain fractured on how to handle the repeal/replace.

Now, I’m not pointing this out for political reason (you know I’m politically agnostic in this Report). The reason I am pointing it out is simple: No Obamacare repeal/replace, then no corporate tax cuts in 2017, and that’s a problem for stocks (how much of a problem will depend on economic growth, inflation and interest rates, but it’s still a problem).

Bottom line, I don’t want to sound like the boy who cried wolf, but I just want to point out consistently and clearly that the gap between market policy expectations and policy reality is widening—and again, that’s a risk that should not be ignored.

This is a volatile, politically sensitive investment landscape—you need the Sevens Report to stay ahead of the changes, and to calm worried clients. 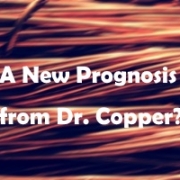 A New Prognosis from Dr. Copper?

Download a Sample Issue of Sevens Report. Click Here
The FOMC Expects a Rate Hike “Fairly Soon” – Here’s What We...