International markets were mixed o/n and U.S. stock futures are little changed in choppy trade as investors continue to look for clarity on infection and death statistics related to COVID-19 while digesting a volatile start to the week.

Economically, Japanese Machine Orders rose 2.3% in Feb. vs. (E) -2.7, underscoring the resilience of the manufacturing sector as the coronavirus outbreak began to accelerate.

There are no economic reports due to be released today but the Treasury will hold a 30-Yr Bond Auction at 1:00 p.m. ET and then the Minutes of the most recent FOMC Meeting will be released at 2:00 p.m. ET.

With investors still primarily focused on any developments regarding the coronavirus pandemic, it is unlikely that those two catalysts will move markets today however if there are any surprises, we could see a reaction as volatility remains elevated amid an uncertain macro backdrop.

Futures are solidly higher this morning, tracking overnight gains in most international equity markets amid optimism that global efforts to contain COVID-19 are working.

Coronavirus “hot spots” such as Italy and New York City are reporting early statistics that show “lock down” measures are working to contain the outbreak as the number of new cases is slowing while death rates are stabilizing.

German Industrial Production was the only notable economic report overnight and it was better than feared in February (0.3% vs. E: -0.8%), helping support the risk-on money flows today.

Looking into today’s session, there are two economic reports due to be released today: JOLTS (E: 6.638M) in the morning and Consumer Credit (E: $14.2B) in the afternoon, however investor focus will remain almost exclusively on coronavirus headlines as hope that the outbreak is being contained is the primary reason for this week’s stock rally.

Futures are sharply higher on new hopes the coronavirus growth rate may be peaking in some of the world’s hardest hit countries.

New York, and the U.S. more broadly, saw signs of progress  as coronavirus deaths in NY were down for the first time, as was total new coronavirus cases in the U.S.

Globally there was also progress, as Italy, Spain and Germany potentially have also seen their peak in the virus growth rate.

Today there are no economic reports so focus will remain on coronavirus headlines, and if we get another day of fewer deaths and fewer new cases, confidence will start to build that the worst is behind us.  Fingers crossed.

Stock futures are sharply lower with most global equities this morning after President Trump warned of “painful” weeks ahead in the fight against the coronavirus outbreak, stating that deaths could approach 250K in the U.S. alone.

Economically, manufacturing PMI data was mixed o/n with the Chinese numbers surprising to the upside while the EU data largely missed estimates which is contributing to the risk-off money flows this morning.

All of those catalysts have the potential to move markets as we begin a new quarter today however the coronavirus outbreak remains, by far, the single most important influence on stocks right now and investors will be watching any press briefings from the White House or developments regarding treatments or data on the growth rate of new cases themselves which, according to our Sevens Report U.S. Coronavirus Daily Growth Rate Tracker, is favorably continuing to slow towards a one-month low this week.

“With the global economy slowing to a standstill and consumer demand for refined products…” said Tyler Richey, co-editor at Sevens Report Research. Click here to read the full article. 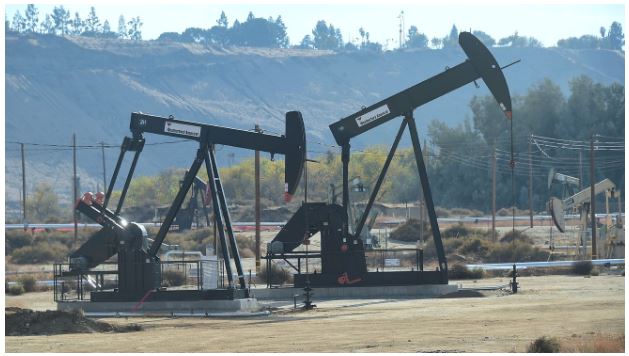 U.S. stock futures are hanging on to modest gains while international markets were mixed overnight as global equities are poised to close out their worst quarter since 2008.

The growth rate of new COVID-19 cases in the U.S. encouragingly slowed to a one month low of just 13% yesterday.

Economically, data out of China, Japan, and the EU was all better-than-feared, helping drive the tentative risk on money flows this morning.

Today, there are two economic reports to watch: S&P CoreLogic Case-Shiller HPI (E: 0.4%) and Consumer Confidence (E: 111.0) while no Fed officials are scheduled to speak.

The Consumer Confidence report could move markets in early trade however investor focus will largely remain on the coronavirus outbreak statistics and ongoing government response to the pandemic while end of quarter book squaring could lead to an uptick in volatility over the course of the day. Near term momentum continues to favor the bulls though and the path of least resistance remains higher right now as the relief rally continues.

Coronavirus infection numbers were mixed over the weekend, as evidence builds that the growth rate in Italy has peaked, while NY/NJ/CT (and possibly New Orleans/California) remain hot spots here in the U.S.

There is one notable economic report today, Pending Home Sales (E: -1.6%), but focus will shift towards corporate commentary as markets try and assess the level of earnings and economic damage that’s occurred over the past six weeks.

Futures are sharply lower (down about 2%) following a generally quiet night as markets digest the big three day rally.

The U.S. passed China in total number of coronavirus cases on Thursday, although there is some hope emerging that the spread of the virus is peaking in Italy.

Politically, there was no notable news overnight and passage of the stimulus bill will happen later today.

Today the key event is the passage of the stimulus bill in the House, but that is universally expected.  Outside of that, the key economic report will be Consumer Sentiment (E: 92.0), because that will give us some preliminary insight into how bad consumer spending might be in the coming months.  We also get the Fed’s preferred measure of inflation,  Core PCE Price Index (E: 1.8%), but at this point that number will be ignored as no one is worried about high inflation right now.

Futures are down around 1% despite the Senate passing the stimulus bill, as markets digest the past two day’s rally.

The Senate passed the stimulus bill last night and the House has indicated it will pass the bill tomorrow, removing any lingering uncertainty.

Today there are two important events, both of which come early in the day.

First, Fed Chair Powell will appear on the Today Show at 7:05 a.m. ET, and while he won’t reveal any new policies, markets will be watching for a generally positive tone.

Second, the most important economic number of the week comes this morning via weekly jobless claims, which are estimated to be 1 million.  That is a figure I never thought I would see, considering claims peaked below 700k at the depths of the financial crisis.  If claims blast through that 1 MM estimate and move towards 2 MM that could be a headwind, while anything below 1MM will be a mild positive.