EU Money Supply (M3) rose 4.1% vs. (E) 3.9%, delivering the first upside economic surprise in Europe in some time.  And, while M3 isn’t exactly a widely followed report, at this point we’ll take what good data we can get from Europe.

On trade, a Reuters article stated Chinese officials have made new concessions on IP rights and tech transfers which represents an incrementally positive step, although other issues still need to be resolved before there is a an official deal.

So, we’ll be watching bond yields as the key to whether stocks can resume the rally.  If bond yields (Treasury yields and Bund yields) can move higher today, then likely so can stocks

Can Stocks Go Down Anymore? 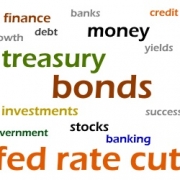