A U.S. missile strike killed Iranian general Suleimani, who was the head of the Iranian military and arguably the second (and definitely the third) most important man in Iran.  Iran has vowed a response and oil spiked 4% on the news.

Today focus will be on any Iranian military response, and obviously a further escalation in tensions will be negative for markets.

Is the Pullback Over? 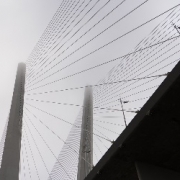