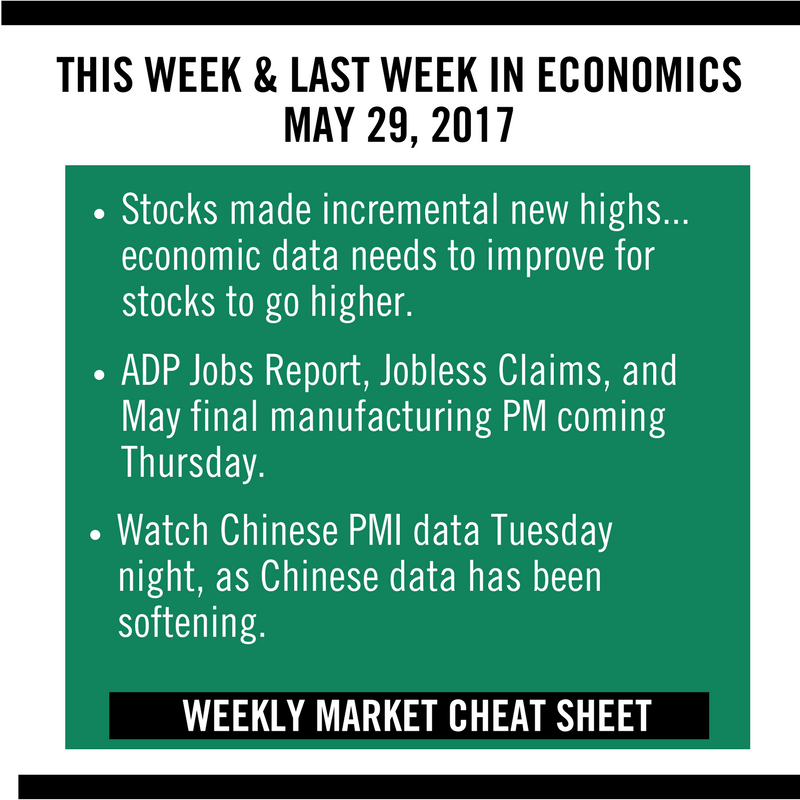 The Sevens Report is the daily markets cheat sheet our subscribers use to keep up on markets, leading indicators, seize opportunities, avoid risks and get more assets. Get a free two-week trial with no obligation, just tell us where to send it. 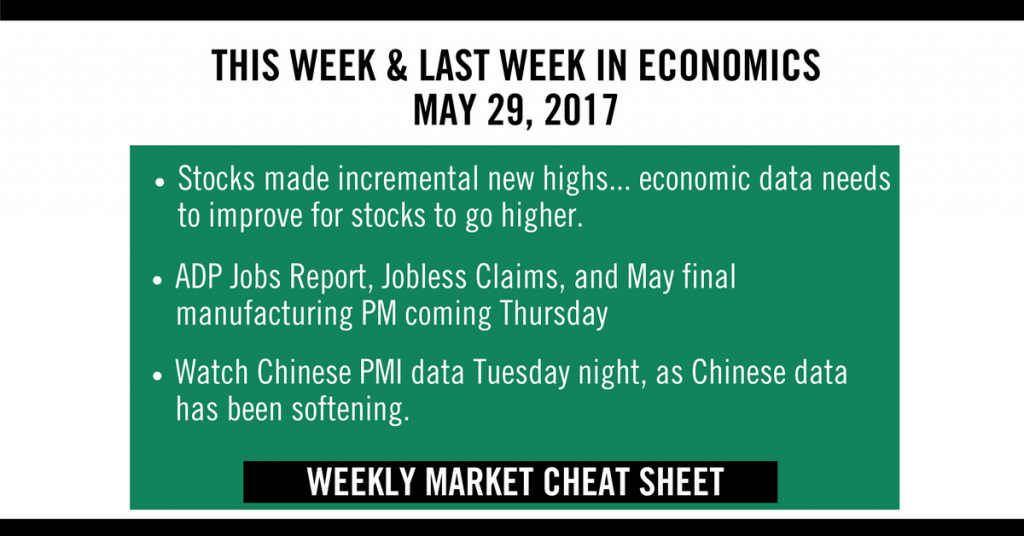 Economic data continued to underwhelm last week, and while for now, the lack of strong data isn’t preventing stocks from making incremental new highs. Beyond the short term, if we are going to see a material move higher from here, economic data needs to get better, period.

The headline on Durable Goods was better than expected at -0.7% vs. (E) -1.0%. We dismiss the headline because it’s massively influenced by the timing of airplane orders. Instead, we focus on New Orders for Non-Defense Capital Goods, Ex- Aircraft. That is the purest look at business spending and investment in the Durable Goods report, and there the results were a disappointment. NDCGXA was flat vs. (E) 0.2% increase while the March data was revised lower (from 0.2% to 0.0%).

Bigger picture, these soft business spending/investment numbers raise the question as to whether all this policy uncertainty regarding corporate taxes (will rates be cut, and what changes will occur with the deductibility of interest, etc.?) is starting to restrain business investment. To be clear, there’s no data that says it is being restrained, yet. However, it is a legitimate concern the longer we go with no clarity on taxes.

The other notable report from last week was the revision of Q1 GDP, and on the whole it was positive. Headline Q1 GDP was increased to 1.2% from 0.7%, and consumer spending (PCE) rose to 0.6% vs. (E) 0.3%. To be clear, that’s still pretty anemic consumer spending… but at least the numbers got a touch better.

Finally, turning to the Fed, the market traded slightly dovish last week after the release of the May FOMC minutes. In particular, worries about whether we’re losing upward momentum on inflation, combined with similar comments from Philly Fed President Harker a week ago, resulted in a slightly dovish move in currencies and bonds. But to be clear, the expectation for a June hike remains very high, and it’ll likely take a very soft core PCE Price Index (out today), and a bad wage number in Friday’s jobs report to put that June hike in doubt.

With the amount of economic data coming this week, it would be a busy week even if we had five days to absorb it all. So, it will be an especially busy week given we’ve got just four trading days this week.

First, it’s jobs week, so we get the ADP Jobs Report on Thursday (a day later due to Memorial Day), Jobless Claims on Thursday, and the government jobs report on Friday. We will send our standard “Jobs Report Preview” in Thursday’s report. As has been the case for virtually all of 2017, the wage numbers are almost as important as the actual jobs number itself, as signs of further deterioration could lead to a dovish Fed while a strong number could put upward pressure on the expected number of hikes in 2017 (from three to four).

Right behind the jobs report in importance this week is the May final manufacturing PMI, out Thursday. Obviously, with the disappointing flash PMI, a slightly better number this week will help inject a bit more confidence into the state of economic momentum here in the US.

And while the US number is important, the most important manufacturing PMI this week may be China, which comes tonight. Very quietly, Chinese data has been softening, and if we get a surprisingly bad number that could send a macro shock through markets.

Turning to inflation, our focus there will be a bit more acute this week given the FOMC minutes and Harker’s comments from last week. That means that today’s Core PCE Price Index, which is contained in the Personal Income and Outlays report, will be important. If it shows evidence of moving down further from the Fed’s 2.0% yoy target, that will create a dovish response from markets and sink Treasury yields further (which will be a negative for stocks).

Bottom line, the jury is still very much “out” on the current momentum in the US economy. In an absolute sense, data remains “ok,” but we are not seeing the acceleration everyone thought we would when the reflation trade was roaring back in Dec/Jan. If data continues to underwhelm, it will become a headwind on stocks beyond the short term… and again, that’s a point that is very important not to miss. We need better data to make this rally sustainable above 2400.

What the Strong Jobs Report Means for Markets 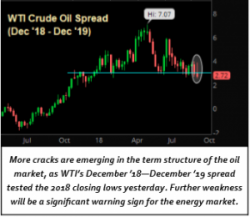