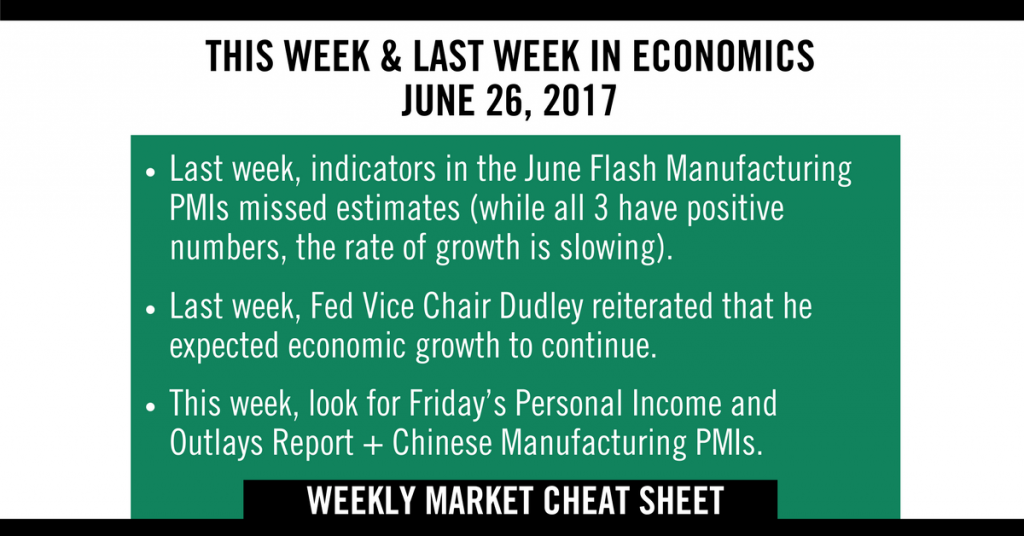 Bigger picture, Friday’s numbers certainly aren’t damning for the economy, but again they are not going in the right direction. And with stocks extended (and a lot of good news priced in), and the Fed apparently more hawkish than we thought, the lack of economic acceleration so far in 2017 is going to become a problem if it doesn’t change.

Speaking of the Fed, last Monday Fed Vice Chair Dudley reiterated that he expected economic growth to continue, and was again dismissive of the disappointing inflation numbers. And, he clearly meant to imply that the Fed remains on course to 1) Begin to reduce the balance sheet in 2017 and 2) Hike rates again.

As with the slightly hawkish Fed meeting of two weeks ago, markets largely ignored the comments. But the bottom line is that the Fed is trying to communicate a more hawkish message to the markets, and the markets aren’t listening, yet. That’s something we’re going to be covering more in depth later this week. The chances of a hawkish “shock” from the Fed are rising (they aren’t high yet, but they are rising).

Bottom line, over the past two weeks the data has continued to underwhelm while the Fed appears to be more hawkish than most thought. So, one of two things will happen if this continues: 1) Bonds will be right, and the economic data will get worse, which obviously isn’t good for stocks, or 2) Bonds will stop ignoring the Fed’s hawkish message and rates will rise. Either way, it will resolve itself with an uptick in volatility for stocks.

This week is similar to last week in so much as the important economic data points comes Friday, although on an absolute basis we do get more data this week.

The most important report coming this week is Friday’s Personal Income and Outlays Report, because it contains the PCE Price Index (the Fed’s preferred measure of inflation). If that number is soft, you will likely see the 10- year Treasury yield drop to new 2017 lows (likely below 2.10%, and the bond market’s warning on future economic growth will get louder).

The second most important number this week is the official Chinese June Manufacturing PMI, which comes Thursday night. I covered why China is so important last week in the “Credit Impulse Continued” section of Thursday report, but the bottom line is that if this number drops below 50 (which it shouldn’t, but there’s a chance) people will get nervous again about Chinese growth, and that will become a headwind on markets.

Looking elsewhere, Durable Goods will be reported and it will be yet another opportunity for “hard” economic data to show some acceleration and close the gap between strong “soft” sentiment surveys and hard economic data. Bottom line, next week is truly the key week for economic data, but this week’s inflation numbers (in the US and Europe) and Chinese PMIs will move markets, and give us further color into the state of growth and inflation. If the numbers disappoint, I’d expect lower bond yields… and lower stocks. 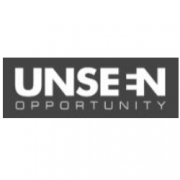 Owning Gold for the Right Reasons