The Stock Market Is at a Crossroads. What to Watch Next.

You’ve seen a relief rally, the Fed maybe being slightly less hawkish than you think is the hope…said Tom Essaye, founder of Sevens Report Research. Click here to read the full article. 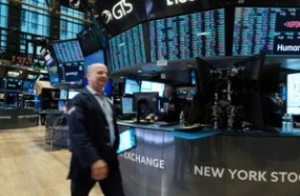 Easing geopolitical tensions are driving risk on money flows this morning with U.S. stock futures higher by well over 1% while bonds and other safe havens decline.

Multiple news outlets reported overnight that Russian troops completed their drills and were returning to their bases, reducing fears of an imminent invasion of Ukraine.

There were a few economic reports overnight including the U.K. Labour Market report and the German ZEW Survey but both largely met estimates and neither meaningfully moved markets.

Looking into today’s session, there are no Fed speakers or Treasury auctions but there are two notable economic reports to watch: PPI (E: 0.5%, 9.2%) and Empire State Manufacturing Index (E: 10.0).

Bottom line, this is a headline driven market right now and investors will want to see continued de-escalation in the Russia-Ukraine conflict (German Chancellor Scholz meets with Russian President Putin) as well as a PPI print that is not too hot and Empire report that shows growth is not materially slowing for the overnight relief rally to extend higher.

Futures are moderately weaker mostly on momentum from Thursday’s selloff and despite some reassuring commentary from Fed officials overnight.

Fed Presidents Daly and Barkin both pushed back on the idea of a 50 basis point rate hike in March, countering the hawkish commentary from Fed President Bullard.

Bitcoin, Stocks Rebound to End Month, But Sell Off May Continue, Analysts Warn

For stocks to stabilize and rebound, they need one, the Fed to stop providing hawkish surprises. Two, inflation data to peak and recede. And three, economic data to remain firm to…said Tom Essaye, founder of Sevens Report Research. Click here to read the full article. 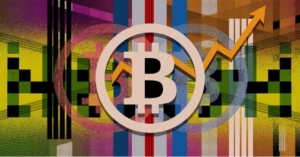 Tensions between Russia and NATO increased over the weekend as the US and UK reduced embassy personnel, implying a military conflict could be imminent.

Today’s focus will be on the U.S. Flash January Composite PMI (E: 56.7) and markets will want to see stable data to ensure the economy is solid heading into future Fed rate hikes.  On the earnings front, there are three notable reports today, HAL ($0.34), IBM ($3.39), and LOGI ($1.22), but the really important reports won’t come until later this week.

On the geopolitical front, headlines have turned more ominous regarding a conflict in Ukraine, but as long as it’s limited and there isn’t imminent risk of a larger Russia/NATO conflict, then markets should largely look past the issue as it won’t impact economic growth or Fed policy.

Vice-Chair Brainard’s prepared remarks for today’s testimony were released after the close and she said fighting inflation was the Fed’s “most important task” largely echoing Powell’s commentary from Tuesday.

With stocks not too far from recent highs, they will again be sensitive to more hawkish rhetoric, so if Brainard and her Fed officials are hawkish, and we get a stronger than expected PPI report, don’t be surprised if that puts a mild headwind on stocks today.

President Biden and Senator Manchin are set to resume negotiations on “Build Back Better” signaling the legislation isn’t dead (again passage of this in Q1 shouldn’t shock markets but it will not likely be a major market influence, either).

Today’s focus will be on economic data, specifically Jobless Claims (E: 205K) and the ISM Services PMI (E: 67.0).  If the data is very strong, will that increase concerns the Fed will get even more hawkish, and that will pressure stocks again.

The last few weeks have seen the ‘hawkish’ global central banks making a lot of noise…Tom Essaye of the Sevens Report said in a note. Click here to read the full article.

If their comments are more hawkish than expected it will be a…writes Tom Essaye, founder of Sevens Report Research. Click here to read the full article. 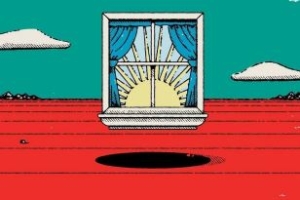 Virgin Galactic Soars, Merck Falls, and Stocks Are Down Again 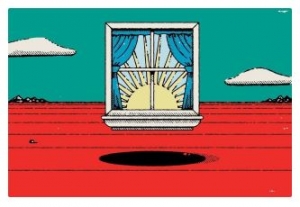