Economically, the only notable number overnight was Euro Zone PPI which fell more than expected (-2.9% vs. (E) -2.0%), adding to this week’s list of indicators showing global dis-inflation.

Focus today will be on the jobs report and expectations are as follows:  Job Adds 200K, UR Rate 3.7%, Wages 0.3% m/m 4.6% y/y.  Due to the big rally in stocks and bonds on Wed/Thurs, a lot of the “benefit” from a “Just Right” number is likely priced in at these levels, so the risk going into the report today is for disappointment, especially if we get a job adds number in the mid to high 200k.

The British Pound plunged to an all time low vs the dollar earlier this morning before rebounding and the extreme volatility is adding to investor worries.

Instead, the Pound and global bond yields (especially 10-year GILT yields) will determine trading today.  Markets need to see the Pound stabilize and 10-year GILT yields stop rising (they’re up nearly 60 bps in two days) to inject some macro-economic stability into the markets.  Don’t be shocked if the Bank of England announces a surprise rate hike today (or in the coming days) and if so, that should help global yields stabilize (which would be positive for sentiment and markets).

Futures are moderately higher as the U.S. Dollar extended Friday’s declines thanks to a hawkish ECB article.

The euro is surging another 1% and pushing the Dollar Index lower following a hawkish ECB Reuters article that stated the ECB may have to raise rates to 2% to curb inflation, which is higher than current expectations.

Today there are no notable economic reports nor any major Fed speakers, so we’d expect stocks to continue to follow the dollar ahead of tomorrow’s CPI report.  If the dollar extends this morning’s declines, stocks should be able to hold this early rally.

Chinese economic data was soft as Industrial Production (3.8% vs. (E) 4.3%) and Retail Sales (2.7% vs. (E) 4.9%) both missed estimates.  In response, China’s central bank announced a surprise 10 bps rate cut, a move that signals economic concern but also doesn’t offer a lot of help (a 10 bps cut won’t make a difference as long as “Zero COVID” is an in-force policy).

Focus today will be on the August Empire Manufacturing Survey (E: 5.0) and specifically the price index within the report.  The sharp drop in that price index kicked off the “peak inflation” rally of the last month, so markets will be looking for continued signals that growth is stable (so a solid headline reading) and inflation is falling (another drop in the price index).

There was no notable economic data overnight and investors are looking ahead to this week’s claims data.

Today focus will be on Jobless Claims (E: 260k) and PPI (E: 0.3% m/m, 10.3% y/y) and the market will want to see continued moderation in the jobs market (so claims slowly drifting towards 300k) and for the PPI to also signal a peak in inflation pressures (so numbers that a better than expectations).  If the markets get those two readings from the data, the rally can continue.

By making borrowing more expensive and thereby tempering demand, rate increases are critical in combating inflation, but “growing fears” that the hikes will spur a recession by undercutting economic growth are the “driving forces” behind recent market weakness, says analyst Tom Essaye of the Sevens Report. Click here to read the full article. 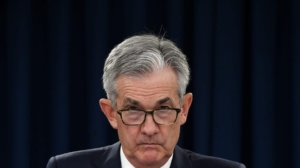 Stock futures are higher this morning despite soft earnings from IBM after the close yesterday as European inflation data was not as bad as feared in June.

Eurozone HICP (their CPI equivalent) met estimates with a rise of 8.6% Y/Y in June up from 8.1% in May, however, the core figure slipped to 3.7% Y/Y from 3.8% in May. The release has prompted new bets for a 50 bp hike from the ECB this week, but that is bolstering hopes that peak inflation will come sooner than later.

Looking into today’s session, there is one economic report to watch: Housing Starts (E: 1.588) and after yesterday’s terrible Housing Market Index print, investors will want to see a number more in line with expectations that does not point to such a rapid deterioration in the real estate market.

Bottom line, the broader equity market remains at a key tipping point right now as recession fears continue to simmer, but earnings have so far been mostly upbeat suggesting there is still a path to a soft landing. And if earnings news is upbeat today, we could see the S&P 500 breakout through key downtrend resistance near 3,890 and make a run at new multi-week highs.

Futures are flat while international markets were mixed overnight as investors continue to weigh recession fears against a slightly less hawkish shift in monetary policy expectations.

The 10s-2s yield curve spread notably inverted overnight as the odds of a recession in the quarters ahead continue to rise.

Economically, Eurozone Retail Sales edged up just 0.2% vs. (E) 0.4% in May which was the latest data point to show a slowdown in consumer spending amid high inflation, further compounding worries about global growth.

Looking into today’s session, there is one Fed speaker ahead of the bell (Williams at 9:00 a.m. ET) and the focus will be on economic data with the ISM Services Index (E: 54.8) and JOLTS (E: 11.250M) both due out shortly after the open.

The market will want to see a continued moderation in growth to show the Fed’s policy actions are working to slow demand, but not too weak to suggest we are quickly fading into a recession.

From there, the focus will shift to the release of the June FOMC Meeting Minutes at 2:00 p.m. ET as investors look for new insight into the Fed’s view of the economy and potential clues as to whether we have reached “peak hawkishness” yet, or not. If there is evidence peak hawkishness is behind us, yesterday’s risk-on money flows could continue today.

Stock futures are bouncing modestly with European shares and bond markets are stable this morning as inflation data met expectations in the Eurozone and the BOJ decision was viewed as dovish versus expectations.

The BOJ maintained a very easy monetary policy, sending the yen back towards recent lows while Eurozone HICP (their CPI equivalent) came in at 8.1% vs. (E) 8.1% y/y which is helping markets stabilize this morning.

Looking into today’s session, there is one economic report to watch: Industrial Production (E: 0.4%) and the market will be looking for a strong print to ease concerns surrounding this week’s soft survey-based factory data and bolster the outlook for economic growth in the face of an aggressive Fed.

Fed Chair Powell is also set to deliver a speech at 8:45 a.m. ET and any comments on the economy or future policy plans could move markets today.

Finally, today is quadruple witching options expiration so expect very heavy volumes and the potential for momentum to build in either direction as derivatives traders square their books into the end of the quarter. In the S&P 500 3,650, 3700, and 3750 will all be key levels to watch into the afternoon today.

Stock futures are down slightly this morning but well off the overnight lows as traders digest the latest geopolitical developments between Russia and Ukraine.

Finally, there is a 2-Yr Treasury Note auction at 1:00 p.m. ET and with the underlying market focus still on future Fed policy, a soft outcome (hawkish) could add to the current geopolitically fueled market volatility.

Regarding Ukraine, investors will await the announcement of new sanctions from the west against Russia, and depending on how severe they are, it could add to the selling pressure on stocks today. Additionally, as of now, Blinken and Lavrov are still scheduled to meet this week but if that meeting is canceled that will suggest a more severe conflict is imminent, resulting in more risk-off money flows.