Stock Market Update excerpt from The Sevens Report.  Stocks surged to start the new year as a resumption of the Q4 “Trump/Reflation” trade, along with strong economic data sent stocks moderately higher to start the year. The S&P 500 rose 0.85%.

Stocks were higher from the outset Tuesday in part because they needed to play catch up to foreign markets, which rose on Monday while the US was closed. But, even without the foreign tailwind, US stocks would have  been higher Tuesday as there was a clear resumption of what outperformed in Q4. Cyclical stocks, the dollar and oil were higher while bonds were lower. That “reflation” trade accelerated following the open after strong December ISM Manufacturing data. 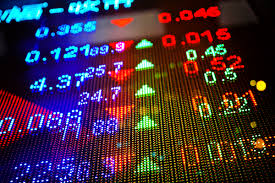 Markets lost a bit of momentum midday as politics interjected into yesterday’s trade (a theme we should all get used to in 2017). Trump’s tweet about GM (he mentioned border taxes) helped stoke some worries about trade issues for 2017 (although the announcement that Ford was keeping a plant in the US was met positively).  The Stock Market drifted lower on general digestion, and hit the lows for the day up just 7 points in the S&P 500. However, stocks bounced off intraday support at 2245 and rallied during the final 30 minutes to finish with solid gains.

Volumes and activity still muted yesterday, and while certain sectors did mimic Q4 performance (cyclicals did outperform), it wasn’t overall compelling outperformance. The major indices all finished with similar gains (there was no Russell 2000 or Nasdaq outperformance).

From a sector standpoint, there was cyclical outperformance as financials (XLF) and energy (XLE) both rallied more than 1% while utilities dipped 0.25%. However, it wasn’t a true out-of-safety, into-cyclicals rotation, as consumer staples had a decent day, up 0.40%, and REITs rose 1.33%. Finally, healthcare traded well to start the year, with XLV up 1.3%. The sector remains one of my contrarian ideas for 2016 due to negative sentiment and overblown political fears.

Did you enjoy the “Stock Market Update” excerpt from The Sevens Report?  Please sign up for free market updates or subscribe and get a two week money back guarantee.