How Big a Risk is a Trade or Military Dispute? February 16, 2017 - Sevens Report Research
Market Intelligence

An excerpt from the Sevens Report. Sign up for a two-week free trial of the full report at www.7sReport.com.

Earlier this week I began profiling non-political risks to explore when making decisions for your clients and talking with prospects. Here’s number three:

Surprisingly, and potentially dangerously, the market has fully embraced Trump’s pro-growth “big three” of tax cuts, infrastructure spending, and deregulation while totally ignoring the hostile trade (and to a lesser degree) military rhetoric—and that selective focus has helped fuel this rally in stocks. 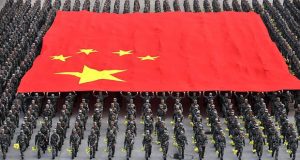 How big a risk is a trade conflict with China?

Part of the reason investors have somewhat ignored the rhetoric is because they assumed that once Trump got into power, the realities of global trade would soften his tone. To a point, that has happened. Last week, Trump embraced the “One China” policy of governance over Taiwan. And, this past weekend visit with Japanese PM Abe came and went with no explicit mention of currency manipulation or unfair trade. But, while those are positives it’d be foolish to think there isn’t a real risk of a trade dispute/war with China.

Originally, the fear was that Trump would instruct the Treasury Department to label China a “currency manipulator” in its semi-annual currency report, due out in late March/early April. That would likely ignite some sort of a trade war as it would place automatic tariffs on Chinese goods. Obviously, that wouldn’t be good for stocks.

Trump appears to have backed away from such a direct confrontation, but as a WSJ article detailed, the administration is looking for a less “in your face” way to punish China for its trade practices (you can read the article if you’re really interested) but basically the strategy is to label currency manipulation an “unfair subsidy,” not just by the Chinese, but by every country. If that’s done, then individual US companies can lobby the Commerce Department to impose du-ties on competitive goods from countries they believe use currency manipulation. It’s basically a less-direct way to put duties/tariffs on Chinese goods.

Here’s the problem: Other countries can retaliate and do the same thing to the US, and cite the Fed’s ultra-low rates as manipulating the US dollar lower.

This will obviously be a fluid situation, but with Peter Navarro as the head of the National Trade Council (remember he wrote the book, Death by China) it’s un-likely that we won’t at least have a trade scare this year with China.

Looking militarily, the only real area of concern right now (well, there are multiple areas of concern, but the most pressing one) is the growing conflict between the US and China regarding their bases in the South China Sea. Trump advisor Bannon is particularly focused on this issue, and military officials have flat-out said that China won’t be allowed to operate a functioning naval or air base on these manufactured islands. Again, this is a low-probability event, but it remains a possibility.

Probability of a disruptive trade war? <30%. While the possibility is there, I’d expect marginal moves to try and correct trade imbalances with China, not all out tariffs or import duties (although I’m sure they will be publicly threatened, which will be negative for sentiment).

“Leading Indicators” and, “How do we position if it happens?” sections are restricted to subscribers.

Take advantage of the limited time special offer—if you subscribe to the Sevens Report today, and after the first two weeks you are not completely satisfied, we will refund your first quarterly payment, in full, no questions asked. 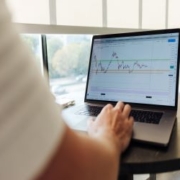 Can the Rally Keep Going? 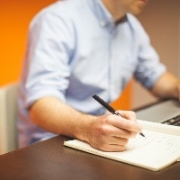 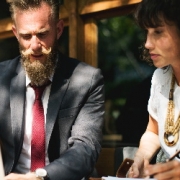 Download a Sample Issue of Sevens Report. Click Here
What’s the Specific Word Trump Said That Sent the S&P 500 Through...

Did One Fund Cause The Rally?
Scroll to top