Futures are marginally higher thanks to continued momentum from yesterday’s dovish rally.

Economic data was sparse overnight as the only notable number was German CPI, which met expectations at 1.6% yoy.

Today will be a busy day.  First, we get the 2nd half of Powell’s testimony in front of the Senate Banking Committee at 10:00 a.m. ET, but that shouldn’t yield any surprises as it’s mostly a repeat of yesterday.

The ECB Minutes will be released at 7:30 a.m. ET and if they hint at a re-start of QE (which they probably will) then we might see an extensions of this “dovish” rally.

On the data front, CPI (E: 0.0%) and Jobless Claims (E: 216K) both get released later this morning but given the flood of dovishness inundating markets right now from global central banks, it’d take a very strong CPI and very high jobless claims to hit stocks.

Finally, there are multiple Fed speakers today besides Powell, but they are all generally overshadowed by the comments yesterday so the market should largely ignore their speeches.  Today’s roster includes: Williams (11:00 a.m., 1:30 p.m. ET), Quarles (1:30 p.m. ET), Kashkari (5:00 p.m. ET).

Why the Falling Yuan is Causing a Selloff 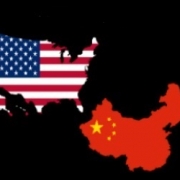 Is the Trade War A Bearish Gamechanger Now?

Tom Essaye Quoted in MarketWatch on July 10, 2019
Scroll to top