Was That The Bottom? If Not, How Long Can the Bounce Last? - Sevens Report Research
Market Intelligence

Futures were modestly higher all morning but have since turned slightly negative, as the White House and Senate agreed on the stimulus bill and it is expected to be signed into law in the next day or so.

The details of the stimulus bill met expectations so much of this was priced in yesterday, but importantly, the bill is large enough to provide a limited “bridge” to the economy.

Economic data was sparse and the only notable report was the German Ifo Survey, where Business Expectations missed estimates, falling to 79.7 vs. (E) 82.0.

Today there is one traditionally notable economic report, Durable Goods (E: -0.6%), but it’s a February report so the market will largely ignore it.  We also get FHFA House Price Index (E: 0.4%) but that won’t move markets, either.

So, focus will remain on Washington to ensure there are no last minute hiccups on the stimulus bill, and on the virus count, where there are some potential rays of hope (more on that tomorrow). 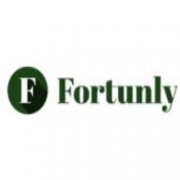 Tyler Richey, co-editor of the Sevens Report Quoted in MarketWatch

Is Gold a Buy? No, Not Yet ( Need Inflation)

How Much Will The Stimulus Help?
Scroll to top