“Energy traders are focused on the coronavirus right now, trying to gauge how it has, and will, affect demand in China, supply internationally, and ultimately how OPEC+ will adjust…” Tyler Richey, co-editor at Sevens Report Research, told MarketWatch. Click here to read the full article.

Global equities rallied overnight and stock futures are trading higher today after China reduced tariffs on $75B worth of U.S. goods, spurring optimism for a “phase two” trade deal and further easing concerns about the coronavirus outbreak’s impact on the global economy.

Outside of trade news, OPEC+ has agreed to cut their collective oil output target by 600K b/d to help support oil prices which crashed into a bear market this week on Wuhan coronavirus fears.

Additionally, there are a few earnings releases due out including: TWTR ($0.28), BMY ($0.88) and UBER (-$0.68), however given the latest trade-war news, the markets will remain largely focused on China’s decision to cut tariffs and any new developments regarding the coronavirus outbreak.

Even so, “deeper production cuts were not the consensus expectation coming into this week’s OPEC+ meeting (only an extension of current policy) and if they are formally agreed upon tomorrow, that will be an incremental positive for the market in the near to medium term,” said Tyler Richey, co-editor at Sevens Report Research. Then “we could see WTI futures breakout…” Click here to read the full article. 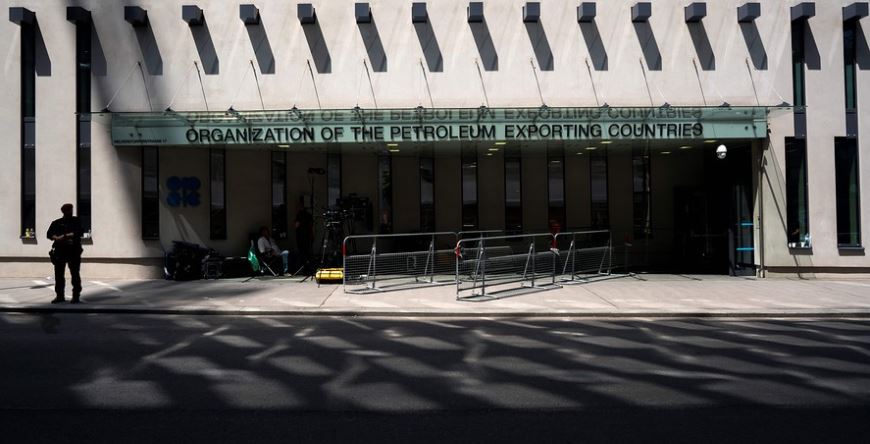 China reduced import tariffs on U.S. soybeans and pork and that’s being interpreted as a mild positive in the negotiations, and that’s the reason futures are higher.

Today the key event on the calendar is the jobs report, (E: Jobs: 180K, UE Rate: 3.6%, Wages: 0.3%) and again the stronger the number, the better.  We also get Consumer Sentiment (E: 96.8) this morning, and given the focus on consumer spending, that number is more important than usual.  Like the jobs report, the stronger the number, the better for stocks.

Finally, regarding trade, Larry Kudlow will speak on CNBC at 9:30 so we’ll likely get another non-specific, yet positive, update on the U.S./China trade “mood music,” so don’t be surprised if you see a temporary pop in stocks right at the open.

Speaking in London before this week’s NATO meeting, President Trump said that he “had no deadline” for a trade deal with China and he thought it might be “better to wait until after the election” to make a deal.

The comments lower the odds that a “phase one” deal is agreed upon before the Dec. 15 tariffs are due to go into effect.

In the wake of Trump’s comments this morning, focus will remain almost exclusively on the trade war and any further comments by the U.S. or reaction by China will move markets.

As far as the calendar goes, there is one economic report to watch: Motor Vehicle Sales (E: 17.0M) and there are no Fed officials scheduled to speak today.

“Geopolitics, and more specifically the threat of more military activity between the U.S. and Iran, is one of the only remaining bullish factors supporting the…” said Tyler Richey, co-editor of Sevens Report Research. Click here to read the full article.

Futures are rising with EU shares this morning as investors welcome news that Christine Lagarde (largely viewed as a dove) will likely succeed Mario Draghi as ECB President.

In the bond market, global yields hit new lows overnight (the 10-Yr touched 1.94%) on the dovish Lagarde news, but also as China’s June Composite PMI fell to 50.6 from 51.5 in May. The EU data was slightly better than expected, however, which has helped yields stabilize this morning.

“Oil did not go into free-fall [Tuesday] because of any supply side disappointment or OPEC+ developments, but because of…” Tyler Richey, co-editor of Sevens Report Research, told MarketWatch. Click here to read the full article.

“The trade truce is a positive and the policy extension by OPEC+ keeps the supply side argument in favor of the bulls, but there remain too many unknowns about…” said Tyler Richey, co-editor at Sevens Report Research. Click here to read the full article.