It’s green on the screen as global stocks surged overnight following the agreement on phase one of the U.S./China trade deal, while the landslide Tory victory in the UK elections added fuel to the bullish fire.

Regarding the UKL election, it was a bullish surprise.  The Tory party won 361 seats, well over the 335 expected, and the big majority almost guarantees a quick passage of the Brexit agreement.

On trade, there’s been no new news since yesterday afternoon as markets wait for official details of the deal, although rumors of a signing ceremony this afternoon with the Chinese ambassador hit the tape earlier this morning.

Today the market will be focused on getting the actual text of the trade deal, and that will dominate the market’s attention.  But, we also have an important economic number out this morning, Retail Sales (E: 0.5%), and if it confirms the U.S. consumer remains incredibly strong (which it should) that will likely add to the bullish mood in markets.

Are Things Really this Bad? 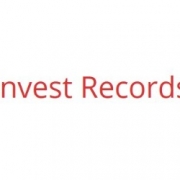 Download a Sample Issue of Sevens Report. Click Here
Why The Fed Was More Bullish Than It Seems

What Phase One Means for Markets (Three Takeaways)
Scroll to top