Is It Too Late for a Trade Truce? - Sevens Report Research
Market Intelligence 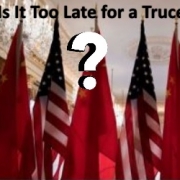 A Bloomberg article Sunday afternoon was a mild negative as it lowered expectations for a broad trade deal at this week’s talks, but there was no new news revealed.  To that point, we need to all brace for an avalanche of U.S./China trade headlines as we approach the Thursday start of senior-level talks, but cutting past the noise, the expectation is for a “Trade Truce” so anything that contradicts that expectation will be a negative for markets.

Today there is no notable economic data and two Fed speakers: Kashkari (10:20 a.m. ET) and Powell (1:00 p.m. ET).  Powell is clearly the more important of the two, but he’s giving opening remarks at a movie screening about the Fed (seriously) so I don’t think he’ll say anything market moving.

What’s Next for Markets

Are Things Really This Good?

Why Are Stocks So Resilient (And Can It Continue?) 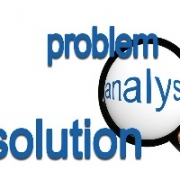 What’s Driving the Melt Up (And How Long Can It Last?)

What Market Bulls Are Assuming

A Warren Presidency and Markets
Scroll to top