There was very little incremental economic data last week, and what reports did come met expectations and importantly did nothing to change the perception that economic activity is legitimately accelerating—a perception that continues to support stocks broadly.

From a domestic data viewpoint, there isn’t a lot to talk about. Jobless claims continued to fall and hit another multi-decade low (a 43-year low), and that’s even more impressive when you consider how much the population has grown since then. Internationally, there was mixed data from China as their foreign exchange reserves dropped below the psychologically important $3 trillion level. While that was ignored by markets this week, China continues to bubble as a potential macro surprise in Q1/early Q2. These foreign currency reserves are a story we need to continue to watch.

But, January Trade Balance was much stronger than expected (exports up 7.9% vs. (E) 3.1%), and that data point early Friday helped alleviate some concern. Still, China’s currency reserves are declining, and authorities are actively trying to pull leverage from their economy and cool growth. More often than not, that leads to some sort of macro-economic growth scare—so just a heads up for the coming months.

Bottom line, economic growth remains an important pillar of this rally, and nothing last week changed that set up, which again was why at worst stocks were flat before the political headlines caused the late-week rally.

As we’ve said, two of the biggest risks to the rally outside of Washington remain 1) Lackluster data and 2) A more hawkish Fed. Given those risks, the growth and inflation data this week is important. 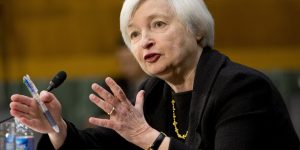 However, the most important event of the week will be Fed Chair Yellen’s semi-annual Humphrey-Hawkins testimony to Congress, on Tuesday (the Senate) and Wednesday (the House). While she isn’t going to telegraph when the Fed will raise rates, her comments are still important considering the market remains complacent with regards to a Fed rate hike. There is no expectation of a March or May hike, and we continue to think the market is a little too complacent with regards to the potential for a May hike (we admit March seems remote).

Staying on the theme of Fed expectations, the next most important number this week is the January CPI report out Tuesday. The Fed does not believe inflation is accelerating meaningfully (due to the data), but if inflation does pick up pace that will be hawkish and will send yields higher—and most likely stocks lower.

Looking at growth data, Wednesday and Thursday are the key days to watch as we get January Retail Sales (Wed), Empire Manufacturing (Wed), January Industrial Production (Wed) and Feb. Philly Fed (Thursday). Of those four reports, the retail sales number is the most important, because consumer spending has been the engine of growth for the US economy, and it needs to maintain a decent pace because while business investment has picked up, it won’t offset a continued moderation in consumer spending.

The Empire and Philly Fed Indices are the next most important numbers next week, as they will give us the first look at February activity. Since better growth is a key support to this rally, they need to show continued strength. Neither number needs to accelerate meaningfully, but we can’t see much of a retracement, either. Bottom line, strong economic data and benign inflation data (Goldilocks numbers) have been an important support for this market as Washington reverts to the mean (gets more dysfunctional), and that needs to continue if stocks can hold recent gains in the face of confusing political headlines. 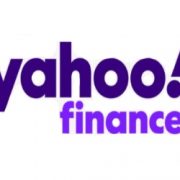 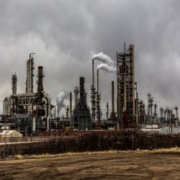 The Ukraine Counteroffensive and Markets