“Should I buy more stocks because tax cuts are coming?”

I was asked that question three separate times this weekend at the local pumpkin patch, while my kids were running around grabbing pumpkins.

And, honestly, it’s a legitimate question, because on Friday stocks shot to new highs on rising investor optimism for tax cuts (at least, that’s what the financial media said).

But, here’s the problem: The answer to the question is… “No.”

In fact, tax cuts pose more of a risk to stocks than they present an opportunity.

That’s because the outlook for tax cuts didn’t improve last week. In fact, it probably got worse.

But, as usual, that’s hard to discern through all the market and financial media “noise.”

Here’s what I mean:

Stocks rallied on Friday after the Senate passed a budget resolution that, potentially, paves the way for tax cuts.

But, as I said to paid subscribers in today’s Sevens Report:

“The market rallied on the passage of the budget resolution in the Senate last week, but that’s the equivalent of cheering because your team’s bus made it to the stadium for the game.”

That analogy prompted some great response from advisor subscribers:

“Hi Tom!  I really enjoy your analogies in breaking down industry jargon…and this has to be one of my favorites, in terms of you describing the budget resolution being passed.”  – A.L. Financial Advisor in Cleveland, OH.

Point being, last week’s vote, which was the catalyst for the Friday rally, didn’t improve the chances of tax cuts passing at all – it merely removed the prospect of spectacular failure!

But, the important truth is that right now, we should be more worried about tax cuts failing and causing a correction late this year, because tax cuts are already priced into the markets (I show you why below).

More broadly, is your subscription research breaking down the daily jargon and giving you explanations and analogies that help you impress clients?

Case in point, in Monday’s issue we told subscribers that Friday’s rally was misguided, so it didn’t surprise us, or our subscribers, that markets gave back those gains on Monday.

I created the Sevens Report because I know that most financial advisors and professionals are not glued to blinking screens from 9:00 – 4:00 each day.

They are discussing the financial goals of their clients and mapping a course to reach those goals.  Most of their time is spent building and fostering relationships, not analyzing Fed commentary, studying the yield curve, or digging through an oil inventory report.

Every trading day, at 7 a.m., we email our subscribers their morning Report, which contains the information they need to show their clients they are on top of the markets with a plan to outperform, regardless of the environment. And, our research continues to help our subscribers grow their businesses!

“Let me know if there is anything else that you need from us. Thanks again for everything. I really enjoy the Report – it is helping me grow my business and stay on top of things.” –  D.M. Registered Independent Advisor.

Anticipation of tax cuts has once again become a major contributor to the recent rally in stocks, and at these levels I can confidently say that tax cuts are now priced into the market, so there is risk of a disappointment later in 2017 or early 2018.

Given that, I want to make sure everyone is aware of 1) Where we are in the tax cut process, 2) What major hurdles remain and 3) How much stocks could pullback if tax cuts fail.

I’ve included an excerpt of that research below as a courtesy.

Where Are We on Taxes? Answer: Not Very Close. I want to be clear here: The market rallied on the passage of the budget resolution in the Senate last week, but that’s the equivalent of cheering because your team bus made it to the stadium for the game.

The budget resolution (which will pass the House later this week) is a necessary step to even begin to discuss tax reform. It has little-to-no bearing on whether tax cuts will actually get passed. In fact, it’s pretty disheartening that it was so close in the Senate at 51-49. This was not reason for optimism.

What major hurdles remain? Answer: SALTs. The major hurdle with tax cuts now is how does Congress pay for them? If Congress is going to cut taxes, they must offset the reduced revenue by increasing taxes elsewhere (simply reducing government spending is out of the question).

Early in 2017, the idea on how to pay for tax cuts was “BATs,” or Border Adjustment Taxes. Basically, that would put a “value-add tax” on imported goods like they have in Europe, and that would offset the corporate tax cuts (I’m over simplifying for effect, but you get the idea).

Businesses pushed back on that idea big time because most American companies buy the raw materials or manufacture their products overseas, so that would be a big tax increase for them. So, BATS died.

Now, we’ve moved in to SALTs. SALTs stands for “State and Local Taxes,” or more specifically, removing the ability for taxpayers to deduct state and local taxes against their federal income taxes.

But, as you can imagine, people in high-tax states like New York, Connecticut, Massachusetts, California, etc., don’t like this idea at all, so it has met with some serious opposition. Bottom line, Republicans need to find a compromise on SALTs otherwise the tax cuts will likely significantly add to the deficit, and they won’t have the votes to pass the Senate.

That is the No. 1 issue in the tax cut fight, and it’s a very big (and difficult) one.

I feel confident saying that all of that $7.00 is anticipation of tax cuts, because frankly there isn’t much else that can explain it (and it makes sense because consensus is for an additional $4-$10 dollars in S&P 500 EPS if substantial tax cuts are passed).

Point being, if the outlook for tax cuts dims between now and year end (and this is entirely possible despite current optimism) then we could easily see the S&P 500 drop to that $140 2018 S&P 500 EPS times 17.5 (the long-standing market multiple), and that equals 2450, or 110 points (about 5%) lower from current levels—and that’s assuming no additional negative surprises.

Bottom line, at this point, I feel safe saying that corporate tax cuts are at least partially priced into the market, and that’s important given the neutral outlook for tax cuts. 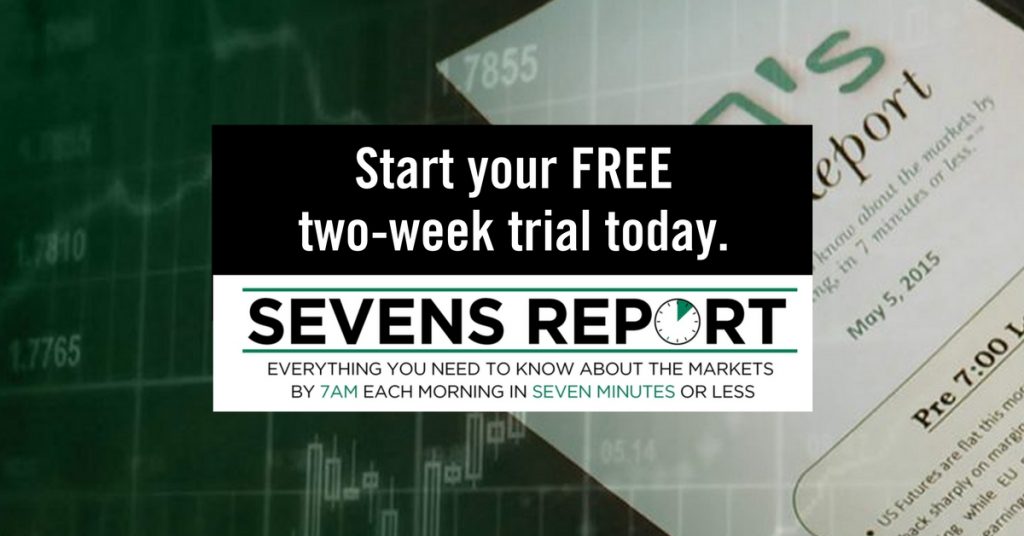