For the most part economic data was solid last week, and suggested the recent reflation rally can continue further. But almost all the data released last week was at least in some way affected by Hurricanes Harvey and Irma. In most cases, the data was skewed for the better, and until Friday that was supporting hawkish money flows.

Starting with the ISM data, the Manufacturing release on Monday surged to 60.8 vs. (E) 58.0 which was, I believe, the strongest print in decades. However, there was a distinct outlier in this report that meaningfully skewed the headline. Supplier Deliveries (one of the five subcomponents of the headline) spiked to 64.4 vs. 57.1. Rising supplier deliveries means longer deliveries of ordered parts, which is a sign of increased demand and economic activity. But this data point was directly affected by the hurricanes and not a real uptick in demand.

Then, the ISM Non-Manufacturing Index jumped to 59.8 vs. (E) 55.5. Like the Manufacturing data, delayed deliveries had spiked 7.5 points to 58.0, which was a major supporting factor for the headline (but again, the data was skewed by the hurricanes).

As far as the two ISM reports are concerned, they both need to be taken with a grain of salt as the hurricanes played a major role in boosting the headlines. Additionally, “survey style” data continues to come in much better than “hard data” like Industrial production. Until we start to see some more upbeat “real data,” the reflation trade will only be able to accelerate so much.

Continuing with the theme of skewed data, Friday’s September jobs report was the big release of the week and the data was “off the charts” on several subcomponents while the headline job adds actually declined. Unemployment fell to 4.2% vs. (E) 4.4%, which was the lowest since 2001 while the participation rate rose to 63.1% vs. (E) 62.8%, well above the highest estimates.

While the ISM reports earlier in the week were seen as hawkish and supportive of the reflation trade, the jobs report on Friday was not as well received, as investors were skeptical of such robust data. The immediate reaction was inflationary, with the 10-year yield punching through 2.40% (the tipping point) for the first time since early May. Then with the help of some adverse headlines regarding North Korea, the morning moves unwound and bonds rebounded while gold rallied and stocks sold off. The market has started to take the September data with a grain of salt, as it is clearly skewed in favor of the hawks. This is likely to result in the reflation trade stalling, as investors await more data to see what the real trend in the economy is doing.

As banks observe the Columbus Day holiday today, economic data doesn’t kick off until tomorrow. The NFIB Small Business Optimism Index for September will be more important than normal as investors will be looking to see how small businesses fared through the hurricanes. The previous read was 105.3, so any significant divergence from that level could likely cause some movement, especially if it misses, which could see a further unwind of the recent reflationary money flows.

On Wednesday, the Fed minutes from the September meeting will be in focus as investors look for further clues about future Fed policy. But as is normally the case, it is more likely than not that the release will essentially be a non-event.

Later this week focus will be on inflation data for September, as PPI and CPI are out Thursday and Friday, respectively. Also on Friday, Retail Sales data will be watched closely to see if the effects of the hurricanes were felt in the retail space. Again, any softness in the data could spur an extended pullback from recent reflation moves. Finally, Consumer Sentiment will be worth watching to see if optimism about the economy is actually taking hold, or if consumers remain mostly cautious on the forward outlook. 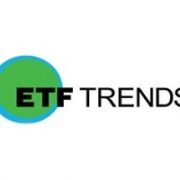 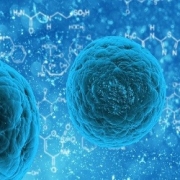 The Delta Variant and Markets 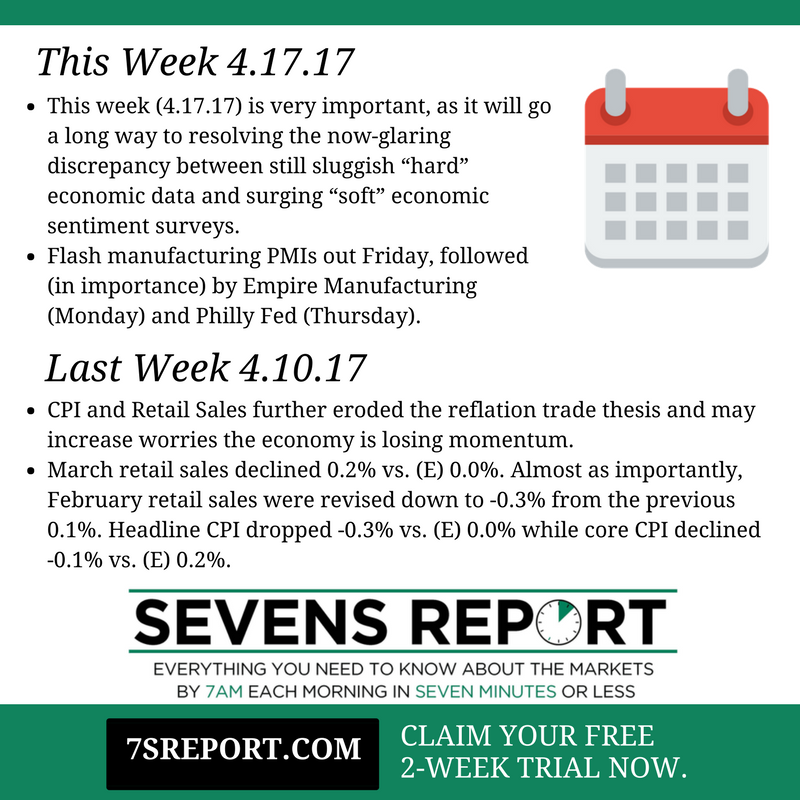