The healthcare vote in the House later today will have an effect on stocks in the short and long term, regardless of the outcome, so I wanted to run down the various scenarios along with sector winners and losers depending on whether the bill passes or fails. 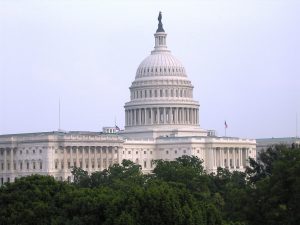 Impact On Other Assets: Dollar up/bonds down/gold down/commodities down (all due to the perceived increased likelihood of tax cuts). Basically, this would be a short-term reignition of the “reflation trade/Trump-on trade” that’s driven markets higher since the election.

Likely Long-Term Market Reaction: Not a bullish game changer. Despite the likely positive reception by the market, this event by itself won’t be a catalyst for the market to move new highs. That’s because even if the healthcare law passes the House, it still has little-to-no chance of passing the Senate, and as such probably won’t become law. So, while it would be an incremental step towards the ultimate goal of corporate tax cuts, it still wouldn’t be material progress. Longer term, this outcome wouldn’t make me add or reduce stock exposure… it would elicit a “wait and see” response.

Effect on the Healthcare Sector and ETFs: This section is for subscribers only. You can sign up for a free trial to access at 7sReport.com.

Next Important Event in this Scenario: Memorial Day. If the bill passes the House, then markets will give the Republicans more of a benefit of the doubt. However, healthcare needs to be done by late April/early May (or Memorial Day at the latest) if corporate tax cuts can be completed in 2017, so the clock will soon be ticking.

Likely Short-Term Market Reaction: A resumption of Tuesday’s sell-off. Cyclical sectors led by banks would likely pull markets lower, and a drop down through sup-port at 2300 in the S&P 500 would not be at all surprising by the end of the week. Defensive sectors would out-perform.

Impact On Other Assets: Dollar down (likely big)/bonds up (10 year yield could break down through 2.30%)/gold up (likely big)/commodities up (all due to the perceived reduced likelihood of tax cuts). Basically, this would cause a short-term reversal of the “reflation trade/Trump-on trade” that’s driven markets higher since the election, and we can expect a similar trading pattern to Tuesday.

Effect on the Healthcare Sector: This section is for subscribers only. You can sign up for a free trial to access at 7sReport.com.

Next Important Event in This Scenario: Memorial Day. If the bill fails, the market will hope Republicans pivot and focus on tax cuts, and perma bulls will herald that as a positive. However, make no mistake, a failure of this bill to pass is not a positive for tax cuts, where the fight over border adjustments will make healthcare look tame. Regardless, if there is a pivot to tax cuts, then there needs to be concrete motion on a tax cut bill by Memorial Day, otherwise markets will begin to doubt tax cuts in 2017, which will be a market negative.

The Sevens Report is the daily market cheat sheet our subscribers use to keep up on markets, seize opportunities, avoid risks and get more assets. Start your free two-week trial today.