“The second quarter will not soon be forgotten by energy traders given that WTI crude oil futures plunged into negative territory for the first time in history, and decidedly so, in the month of April…” said Tyler Richey, co-editor at Sevens Report Research. That was “due to logistics issues in the physical supply chain, most notably a critical lack of available storage for freshly lifted crude barrels in the U.S.” On April 20, WTI oil futures fell 306% to settle at negative $37.63. Click here to read the full article. 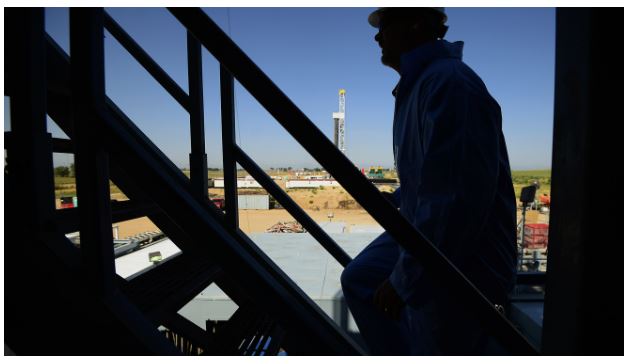 “The historic drop by front month oil futures was largely due to logistical issues in the physical market, namely lack of available storage, paired with futures expiration looming…” wrote Tom Essaye, founder of The Sevens Report. Click here to read the full article. 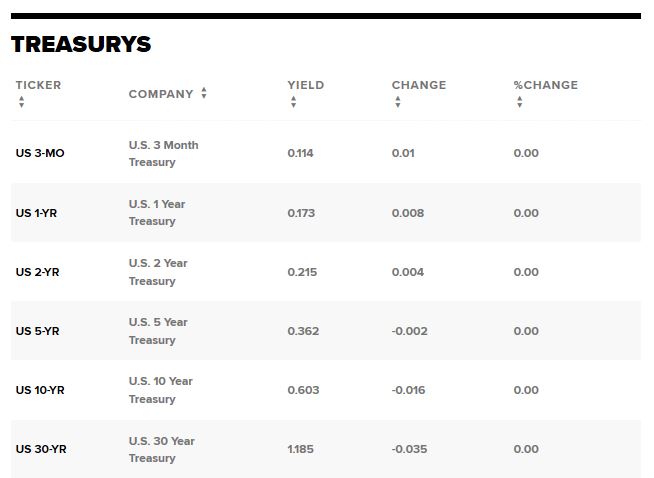 Futures are down more than 1% mostly on digestion of last week’s big rally, as the weekend was relatively quiet from a news standpoint.

WTI crude oil is down nearly 30% (not a typo) but that decline is about logistics, as there are fears of not enough storage in the U.S. for looming oil imports.  Conversely, Brent crude is down only 3%.  Point being, the declines are being driven by a logistical issue, not a fresh reduction in demand (i.e. lower than expected economic growth).

Today there are no economic reports so focus will remain on “reopening” news, as the pace of normalization of the U.S. and global economy will decide whether stocks can hold last week’s gains.

“Looking ahead, the path of least resistance is decidedly lower right now and the lower-for-longer dynamic appears to be one that…” Tom Essaye, co-founder of The Sevens Report, said Wednesday. Click here to read the full article. 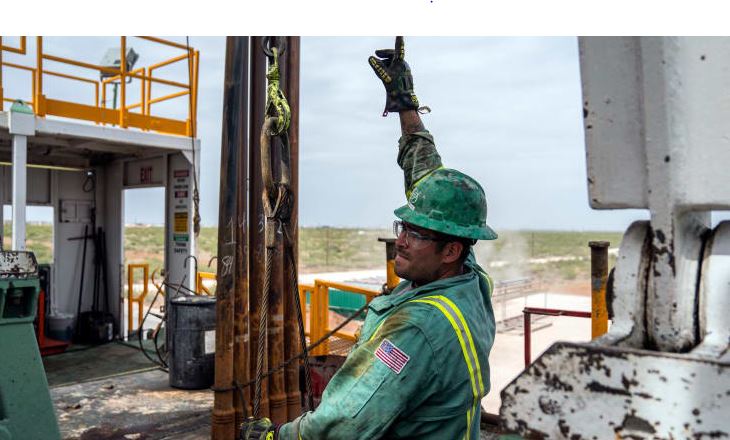 Looking at the inventory data from a trend standpoint, “it appears the stretch of steep draws in crude supply, which were offering fundamental price support to…” said Tyler Richey, co-editor at Sevens Report Research. Click here to read the full article.

The seven-week stretch of falling crude supplies is the longest since the 10-week decline from the week ended Nov. 17, 2017 to Jan. 19, 2018, according to an analysis of EIA data provided Sevens Report Research. Click here to read the full MarketWatch article. 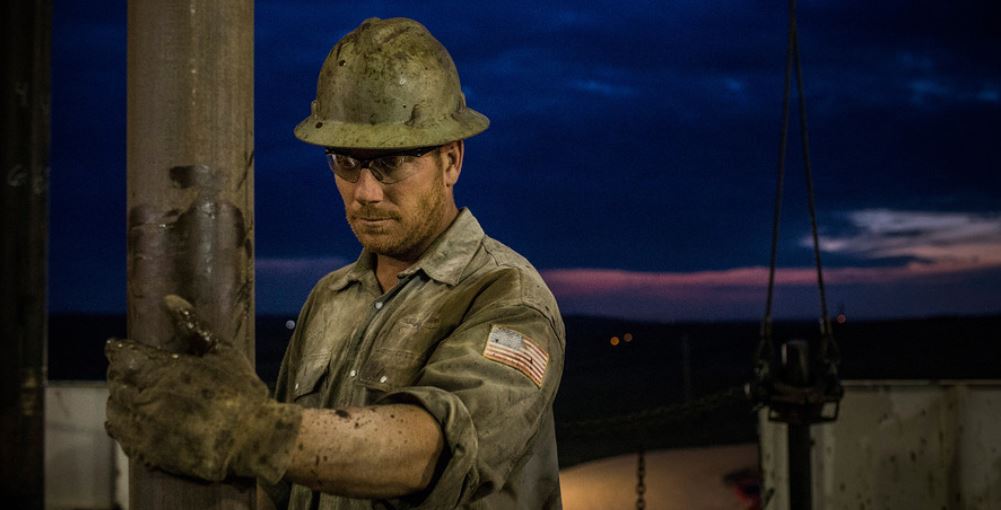 The six-week stretch of falling crude supplies is the longest since the 10-week decline from the week ended Nov. 17, 2017 to Jan. 19, 2018, according to an analysis of EIA data provided by Tyler Richey, co-editor at Sevens Report Research. Click here to read the full article. 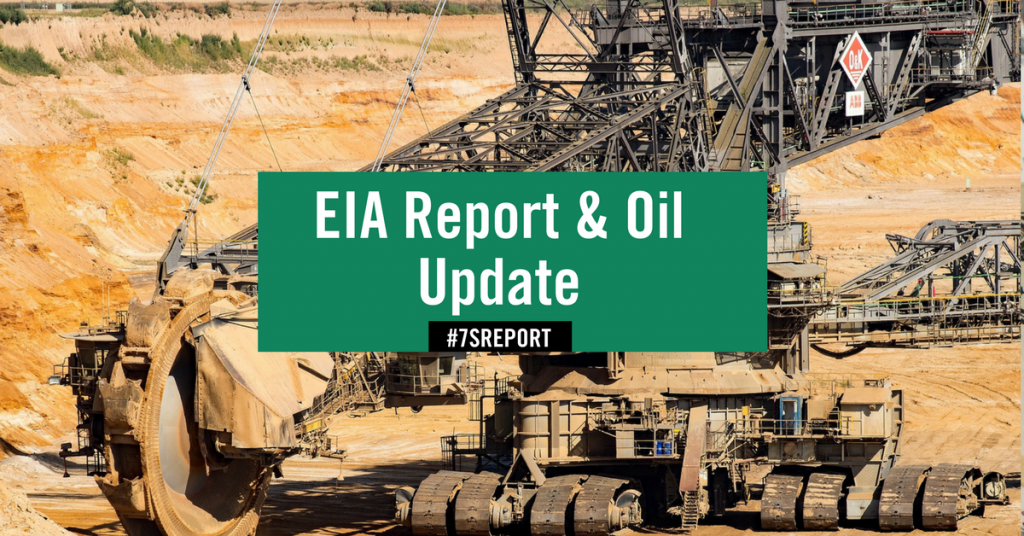 Yesterday’s EIA data was relatively in line with expectations, and the market reacted accordingly with a very choppy and insignificant response. Gasoline stocks did fall more than expected, and as a result RBOB futures outperformed WTI futures, which closed up 1.72% and 1.09%, respectively.

On the headlines, crude oil stocks fell -3.3M bbls vs. (E) -3.1, which also roughly matched the -3.6M bbl draw reported by the API late Tuesday. The change in gasoline supply was the only real surprise in the data print as stockpiles fell -1.2M vs. (E) -500K. And compared to the API, which reported gasoline inventories rose +1.4M bbls, that data point favored the bulls.

The rising trend of lower 48 production remains the most important influence on the energy markets right now, and there was a potential sign of fatigue in that figure as it rose just 12K b/d vs. the 2017 average of 25K b/d. In theory that is a slightly bullish influence, but it is only one report and US output did hit another multi-year high in this most recent release, which is still longer-term bearish. Additionally, Alaskan production continued to stabilize and show signs of turning higher into the fall, as production rose 14K b/d to the highest level since mid-July.

Bottom line, US production continues to trend higher despite a slight pullback in pace last week. And as long as US production is grinding to new multi-year highs, it will be a headwind on the entire complex, and the $50/barrel mark will continue to be a stubborn psychological and technical resistance level for WTI. 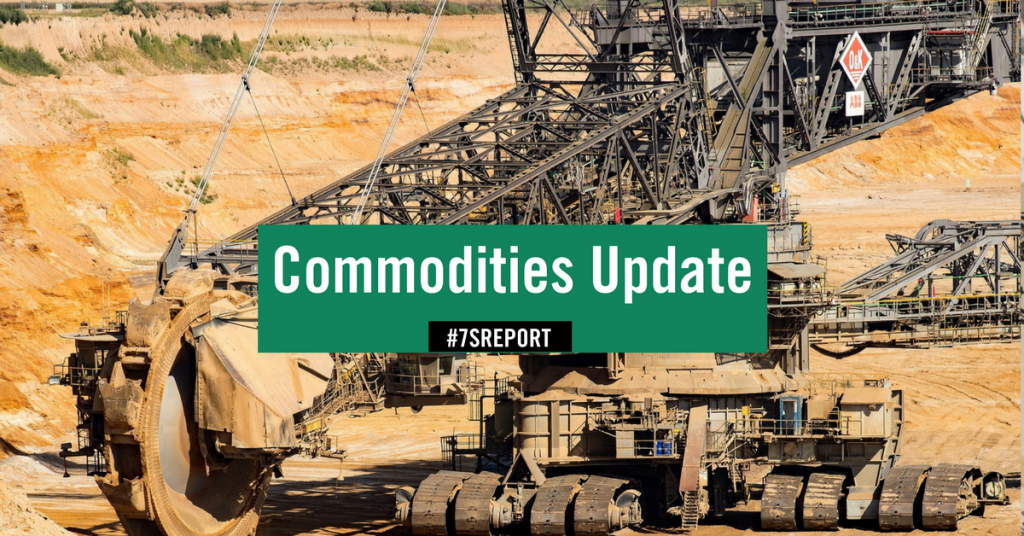 Commodities were mostly higher yesterday as gold continued to benefit from risk-off money flows and a weaker dollar, which also propped up copper futures. Meanwhile, crude oil bucked the trend and gave back most of Friday’s rally. The benchmark commodity index ETF, DBC, fell 1.21% thanks to he declines in energy futures.

Yesterday’s pullback in oil was a textbook retracement of Friday’s very “squeezy” rally. Shorts that were run out of the market late last week repositioned yesterday morning, which influenced the heavy trading that was largely dictated by technicals. WTI futures fell 2.22% on the day.

Friday’s big rally essentially created a “gap” in the market as the bulk of the move occurred in less than an hour, and on very light volume. That set things up for a reversal, and because newswires were very quiet yesterday, algos and technical traders took control of the market and largely “filled the gap” as we ended the day near where Friday’s rally began.

As far as the longer-term trend in oil goes, yesterday’s session was rather insignificant. The market remains in a broad, sideways range with the $50 mark continuing to act as a stubborn resistance level.

Fundamentally, the OPEC/NOPEC meeting in Vienna was anticlimactic. The previous extraordinary meeting was a non-event as well, and the market is beginning to shrug off OPEC-related headlines more and more as the cartel has been largely ineffective in recent months.

The oil market remain bearish for now, as US production continues to grind higher and OPEC has so far failed at trying to offer material support to the market through their policy decisions. Looking ahead, the $50 mark in WTI is a very important technical and psychological resistance level that will not likely be violated in the absence of a legitimate bullish catalyst.

Natural gas rallied 2.42% yesterday as the market continues to show signs of life in the late summer. There was no real catalyst for the move yesterday, but nat gas is continuing to show signs of putting a bottom in and forming support in
the $2.80-$2.90 area.

Looking ahead, the bulls have their sights set on reclaiming the $3.00 mark, and a close above would be a bullish development on the charts. That would match the supply side fundamentals showing a potential long-term shift of supply levels turning lower.

In the metals, the weaker dollar was the primary influence on the market yesterday, as gold rallied 0.39% and copper rallied 1.36%. Gold continued to catch a bid from the cautious feel in the market after last week’s sharp pullback in stocks, but futures failed to close at a new high and above the $1300 mark despite rallying through the important resistance level briefly in Friday trade.

For now, we remain cautious on gold as the technical outlook is rather cloudy. If, however, bond yields break- down further (more on that in the currencies and bonds section) then gold will surely have the support to break out through $1300 and begin a new uptrend.

Copper continued to grind higher yesterday with futures hitting the highest level since late 2014. With the price action in gold and the bond market both flashing a warning sign for risk assets, copper continues to flash a positive signal for the global economy.

Looking ahead, the path of least resistance is still higher for copper, which is a positive for the global economic outlook and risk assets. Yet, the biggest thing to watch with regard to the rally is the dollar, as a reversal back higher in the buck could significantly damage the uptrend in all metals.