All of yesterday’s news flow was digested as bearish for oil as the threat of OPEC+ cuts were reduced, demand estimates in Europe were adjusted lower on poor data while ‘hot’ data in the U.S. added to already hawkish money flows that bolstered the dollar and further pressured oil, wrote analysts at Sevens Report Research, in a note. Click here to read the full article. 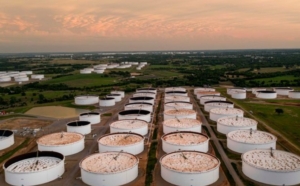 Futures are sharply lower as markets price in a greater chance of a hawkish speech from Fed Chair Powell this Friday.

Markets are reversing some of the “Fed Pivot” gains of the past few weeks ahead of Chair Powell’s speech in Jackson Hole on Friday, as investors fear the markets’ expectations for the Fed have become too dovish.

Today there are no Fed speakers and only one notable economic report, the Chicago Fed National Activity Index (E: -0.19), and as has been the case markets will want to see stability in the date to reinforce that the U.S. economy is not moving closer to stagflation.

Stocks are resilient this morning as futures are only slightly lower despite disappointing overnight earnings and ugly economic reports from Europe.

Economically, July flash PMIs from the EU were also ugly as the composite PMI fell into contraction territory at 49.6 vs. (E) 51.0.

Hope that inflation has peaked is the reason stocks are resilient lately, so today’s focus will be on the July Flash Manufacturing PMI (E: 51.8) and the July Flash Services PMI (E: 52.3).  If these reports show meaningful drops in the price indices (like we’ve seen in the Empire and Philly Fed surveys) then that will further the idea that inflation is peaking and support stocks (as long as the headline readings aren’t huge misses).

Chinese authorities said they hoped to end all lockdowns in Shanghai by May 20th as cases continue to fall.  If the Chinese economy can fully reopen in the coming weeks that will remove a big headwind from stocks.

Today the focus will be on the inflation expectations contained in the Consumer Sentiment (E: 63.7) report and if five-year inflation expectations can decline from 3%, that will be another anecdotal signal that inflation pressures have likely peaked (and it should add incrementally to this morning’s rally).     We also get two Fed speakers, Kashkari (11:00 a.m. ET) and Mester (12:00 p.m. ET), but we don’t expect them to move markets (look for them to reiterate the current Fed mantra of two more 50 bps hikes).

Futures are modestly lower this morning after a quiet night of news as yesterday’s big intraday reversal higher is being digested.

Today is lining up to be a busy one with a slew of economic data due to be released, in order of importance: Durable Goods (E: 1.0%), Consumer Confidence (E: 106.8), Case-Shiller Home Price Index (E: 1.5%), FHFA House Price Index (E: 1.6%), and New Home Sales (E: 772K). Investors will want to see solid data that contradicts the growing fear that the Fed is getting more aggressive with policy into an economic slowdown.

There are no Fed speakers today but there is a 2-Yr Treasury Note auction at 1:00 p.m. ET that could move the bond market and ultimately impact stocks in the early afternoon.

Futures are enjoying a modest bounce as the headlines on Russia/Ukraine turned a bit more positive overnight.

The U.S. Secretary of State and his Russian counterpart will meet next week, signaling diplomatic efforts to de-escalate will continue.

Today’s focus will again be on geopolitical headlines, and any reports of de-escalation will help stocks recoup more of Thursday’s losses, while negative headlines will likely erase these early gains.

Beyond the Russia/Ukraine situation, we do get three Fed speakers today, two of which are Fed leadership:  Williams (11:00 a.m. ET) and Brainard (1:30 p.m. ET). If they make hawkish commentary (especially Brainard) look for stocks to drop again.  Fed President Evans (10:15 a.m. ET) also speaks this morning.

Finally, on the economic front, we get one report today, Existing Home Sales (E: 6.08M), but that shouldn’t move markets.

Economically, the January NFIB Small Business Optimism Index fell to 97.1 vs. (E) 97.5 but the release is not materially moving markets this morning.

Looking into today’s session, there is just one lesser followed economic report due out: International Trade in Goods (E: -$83.0B), which should not have a major impact on trading, while no Fed officials are scheduled to speak.

Bottom line, investors are continuing to digest last week’s jobs print and looking ahead to the CPI report on Thursday as the main driver of the market remains central bank policy expectations. There is a 3-Yr Treasury Note auction at 1:00 p.m. ET today and with an otherwise quiet calendar the results could move markets (strong auction = dovish, stocks can rebound; weak auction = hawkish, volatility likely to rise).

Futures are modestly lower on digestion of yesterday’s rally combined with worries about potential auto tariffs.

Rhetoric on U.S. auto tariffs continues to get louder and there is a growing fear they will be enacted this year.  That is not the consensus expectation at this point, but it’s not an insignificant (and it would be a new negative for stocks).

Today focus will be on economic data, and the most important report will be the Core PCE Price Index (E: 1.9%).  That number needs to stick near 2.0% yoy to allow the Fed to continue to tilt dovish.  Other notable data today includes Jobless Claims (E: 219K) and Pending Home Sales Index (E: 0.3%).   There are also three Fed speakers today, (Mester and Evans (2:00 p.m. ET), Kaplan (3:00 p.m. ET)) although none should move markets given the Powell comments.

Finally, we can expect more preview articles about the Trump/Xi meeting but the bottom line is the market expects (and has priced in) a “truce” that sees no new tariffs and a period of intense negotiation. 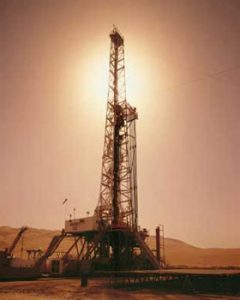 Why the Monthly OPEC Report Was Bearish Oil

An excerpt from today’s Sevens Report—get a free 2-week trial of the report with no commitments.

Oil remains the big story, as its early morning sell-off to multi-month lows prompted a pullback in stock futures, and ultimately the major US equity indices opened lower. WTI futures finished the day down 1.43%, only slightly above where they opened ahead of the late-November OPEC meeting, where members agreed to collectively cut output.

OPEC released its monthly oil market report yesterday, and the big catalyst in the data was a self-reported increase in February oil production by the de facto leader of the cartel, Saudi Arabia. According to direct communication, Saudi Arabian oil output rose 263.3K b/d to 10.01M b/d. The dip below the psychological 10M mark in early 2017 helped futures stay afloat above $50, as Saudi Arabia was showing their commitment to price support by cutting below their allotted quota (which in fairness they are still below). While data gathered by secondary sources showed another drop of 68.1K b/d to 9.80M b/d in Saudi production, the markets focused on the bearish direct communication data, as it suggests that Saudi Arabia’s commitment to oil cuts may be becoming exhausted.

Another notable takeaway from the release was that OPEC only projects that US oil supply will grow at 340K b/d in 2017. Still, at the current pace (which we will admit does not seem sustainable through the medium term), US producers have already brought 318K b/d online in 2017. Today’s EIA report very well could show an increase through that annual expected rise of 340K b/d.

Bottom line, the rapid increase in US production in recent months has been the biggest long-term headwind for the oil market, as it has offset the efforts of the global production cut agreement while simultaneously causing angst within the ranks of OPEC (namely the Saudis) as they start to see market share slip away.

Without the full commitment of Saudi Arabia to the global production cut agreement, the deal loses a lot of its luster, as they are the key player who has always taken on the bulk of the cuts and taken the near-term hit in market share for the longer-term benefit of the entire cartel. Meanwhile, “compliance cheating” by other members is historically high, and the chances that compliance remains as high as it is right now if Saudi Arabia begins to increase production are essentially zero.

The Sevens Report is in your inbox by 7am each morning. Save time each morning by getting in-depth and jargon-free analysis of stocks, bonds, commodities, currencies, and economic data. Sign up for your free 2-week trial.