8 of the Best Investments During an Economic Slowdown

Tom Essaye, editor of the Sevens Report newsletter, says he favors being conservative with tactical investments at this time. Real estate can be a solid holding in the current…click here to read the full article.

FOMC Preview: Get the simple talking points you need to strengthen your client relationships with a free trial of The Sevens Report.

FOMC Decision
• As expected, the Fed left rates unchanged and did not alter its balance sheet.

To boot, as was also generally expected, the Fed slightly downgraded the outlook for inflation, saying that inflation was running “below 2%,” as opposed to the previous “running somewhat” below 2%. It’s a minor change that largely reflects the Fed’s recent cautious language on inflation. However, the Fed said that risks to the recovery remained “roughly balanced,” which is Fed speak for “We still can hike rates at any meeting.” That last point is important, because risks remaining “roughly balanced” leaves a rate hike in December on the table (Fed fund futures odds have it at 50/50).

Currency and bond markets reacted “dovishly” to the decision, but again that’s due more to a Pavlovian dovish response to any Fed decision rather than an accurate reflection of the Fed yesterday. In reality, the Fed wasn’t materially dovish.

Bottom line, the policy outlook remains the same: The Fed will reduce its balance sheet in September, and likely will hike rates again in December, barring any economic slowdown or further decline in inflation statistics (at which point both events will become less certain). That was the market’s expectation before the Fed meeting Wednesday, and that’s the market expectation
after the Fed decision. 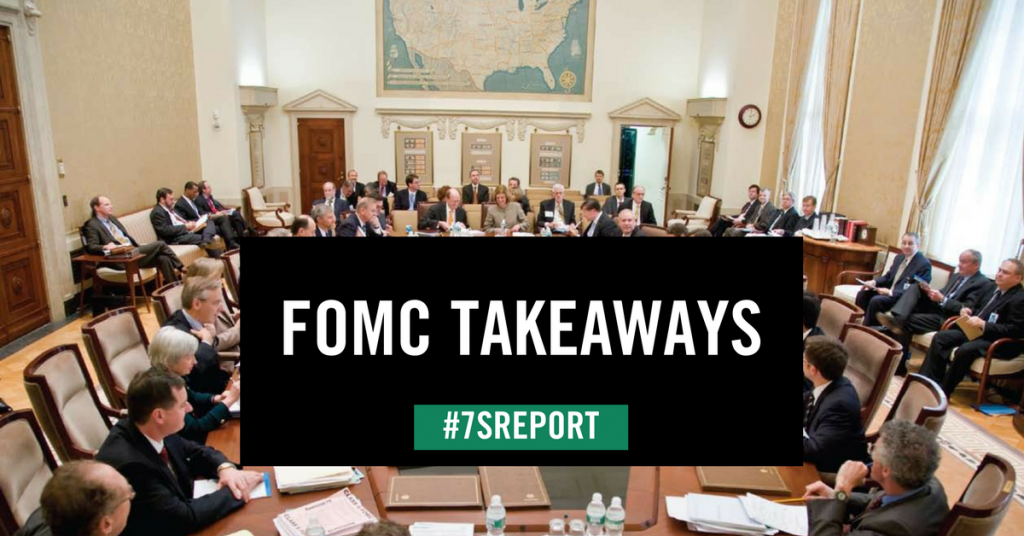