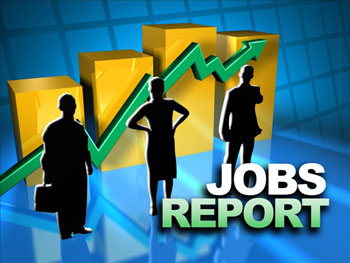 Hurricanes Irma and Harvey have sapped some of the importance from tomorrow’s jobs report because it’s likely going to be temporarily distorted lower than it should otherwise be. Case in point, the expectation is for 100k job adds when it should normally be about double that. So, it’s likely we’ll get a soft number and it’ll be dismissed by the markets.

But, it’s not clear what impact the storms will have on the wage component (theoretically it shouldn’t be much). Regardless, the practical effect is that is we see a soft number tomorrow (jobs and wages) it will be handed a relative pass given the storms.

That said, the jobs report still remains very important from a “reflation rally” standpoint. This week, the Manufacturing and Non-Manufacturing PMIs and auto sales have all helped to push stocks slightly higher, despite the market’s clear preference to see some profit taking in the reflation sectors. If tomorrow’s jobs report is “Just Right” and the wage number is firm, that will add fuel to the “reflation rally.”

From a practical standpoint, I’ll be adding about 75k jobs to whatever the number is on Friday to account for one-time, Hurricane Harvey/Irma-related declines.

>200k Job Adds, < 4.1% Unemployment, > 2.8% YOY wage increase. A number this hot will reinforce that an economic reflation is in deed underway, and it’ll likely make the Fed marginally more hawkish. Likely Market Reaction: This would not result in a “Virtuous Reflation.”…withheld for subscribers only—unlock specifics and ETFs by signing up for a free two-week trial).

• 50k–200k Job Adds, > 4.2% Unemployment Rate, 2.5%-2.8% YOY wage increase. This gap is really wide because of the hurricanes, but the best scenario for stocks would be a print at the upper end of this range. Likely Market Reaction: A continued “Virtuous” reflation…withheld for subscribers only—unlock specifics and ETFs by signing up for a free two-week trial).

“Too Cold” Scenario (Economic Growth Potentially Stalling)
< 50k Job Adds, < 2.5% YOY Wage Gains. Again, this number is artificially low because of the hurricanes, but if we see a big disappointment in the jobs number and a further softening of wage inflation that will send bond yields lower, but it would also likely weigh on stocks as it will raise concerns about economic growth. Likely Market Reaction: Bonds and gold should…withheld for subscribers only—unlock specifics and ETFs by signing up for a free two-week trial).

Up until Friday, last week’s data looked like it was going to show “green shoots” of an economic reflation. But disappointing economic growth numbers on Friday off-set better inflation readings from earlier in the week, and while Hurricane Harvey likely impacted the growth data, the bottom line is the data just isn’t good enough to spur a rising tide for stocks.

From a Fed standpoint, the higher inflation data did increase the likelihood that we will get a December rate hike, although the market expectation of that remains below 50%. As such, increased expectations of a rate hike in the coming weeks could be a headwind on stocks, especially if economic data doesn’t improve.

That turn in inflation potentially matters, a lot, because it’s making central banks become more hawkish. The ECB is going to taper QE, the Bank of England is going to raise rates sooner rather than later (more on that in Currencies), the Fed may hike again in December and the Bank of Canada was the first major central bank to give us a surprise rate hike in nearly a decade. I’m going to be covering the implications of this a lot more this week, but the times, so it seems, they are a changin’.

Additionally, Industrial Production also was a miss. Headline IP fell to -0.9% vs. (E) 0.1% while the manufacturing subcomponent declined to -0.3% vs. (E) 0.1%. Now, to be fair, Hurricane Harvey, which hit Southeast Texas, likely skewed the numbers negatively. But, the impact of that is unclear, and we can’t just dismiss these numbers because of the hurricane.

Bottom line, the unknown impact of Hurricane Harvey keeps this week’s data from eliciting a “stagflation” scare, given firm inflation and soft growth. But if this is the start of a trend, and it can’t be blamed on Harvey or Irma, then that’s a problem for stocks down the road. We need both inflation and growth to accelerate (and at the same time) to lift stocks to material new highs.

The two key events for markets this week will be the Fed meeting on Wednesday, and the global flash PMIs on Friday.

Starting with the Fed, normally I’d assume this meeting will be anti-climactic, but it’s one of the meetings with the “dots” and economic projections, so there is the chance we get either a hawkish or dovish surprise. I’ll do my full FOMC Preview in tomorrow’s report, but the point here is don’t be fooled into a false sense of security if people you read say this meeting is going to be a non-event. It very well could be, but there’s a betterthan-expected chance for a surprise, too (and if I had to guess which way, I’d say it’d be a hawkish surprise… and that could hit stocks).

Turning then to the upcoming data, given the new-found incremental hawkishness of global central banks, strong growth data is more important than ever to avoid stagflation. We’ll want to see firm global manufacturing PMIs to keep stagflation concerns at bay. Looking more specifically at the US, Philly Fed comes Thursday and that will give us anecdotal insight into manufacturing activity, although the national flash PMI out the next day will effectively steal the thunder from the Philly report. 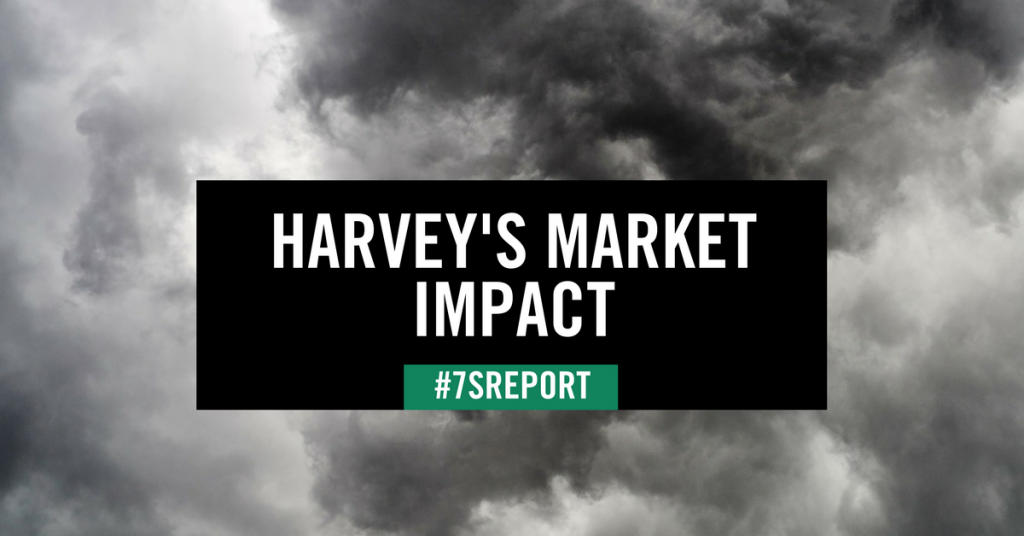 We got a couple of questions from advisors yesterday about the market impact of Hurricane Harvey, so I imagined you might be getting similar calls from your clients.

So, I wanted to clearly and briefly outline the market impact of the storm.

Macro Impact: Not Much. From a macro standpoint (Fed policy, GDP growth, inflation) Hurricane Harvey won’t have much of an effect. While clearly a significant human tragedy for Houston and Southeast Texas, storms simply don’t have a lasting effect on markets. Katrina and Sandy had impacts on the local economies, but again, the broader macro influence wasn’t big. Harvey does not change our “cautiously positive” stance on markets.

Micro Impact: The more palpable impact of Hurricane Harvey will be on specific market sectors, although I will not provide a list of “winners” given the damage wrought upon Houston and other parts of Texas.

That said, companies that likely will see increased demand due to the storm are: Refiners (HFC, DK), trucking companies (KNX), and equipment rental companies (URI). Unfortunately, there’s not a clean ETF for these sectors, and the only tradeable infrastructure ETF is a global ETF, so I don’t think it’s applicable here.

Companies that are likely to see business decline because of Harvey are: Natural gas and oil E&P companies due to a lower production and lower prices (ETF is XOP), and insurers.

Looking at insurers, the focus there is on property and casualty insurers as they will be the most affected by the storm. The big insurance ETF is KIE which traded down 1% on the news yesterday. But, while the first instinct would be to run from the insurance space, in some ways I view this as a potential opportunity to buy insurers on a dip (if this continues).

First, property and casualty insurers are just 40% of KIE. Yes, there will be more exposure through reinsurance (10.8% of assets), but that still leaves about half the assets of the ETF somewhat insulated from the storm. Additionally, 24% of the exposure of the fund is to the UK, and those should have little exposure to Harvey.

Point being, I’m not saying buy KIE today but I also want to look through the initial impulse to just shy away from the sector entirely. But, over the longer term, being long insurance companies are like betting with the house in a casino—they always win given enough time.

If Harvey creates an unreasonable downdraft in KIE, we will likely allocate capital to it for longer-term accounts. We’ll be watching this one going forward.