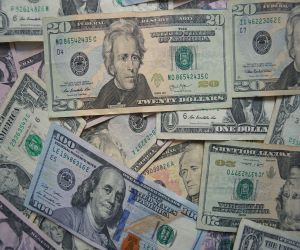 The most important thing that happened last week economically was that expectations for Fed tapering of QE were pulled forward a bit—from the previous “consensus” of mid-2014 to the early part of 2014— thanks mainly to an FOMC statement that wasn’t as “dovish” as expected plus a Jon Hilsenrath sentence that stated a December taper remains “on the table.” Interestingly, this change in expectation came despite decidedly mixed economic data.

With the drama in Washington successfully postponed, focus last week turned to the question of “How much damage has the shutdown and drama done to the economy?”

Although last week was dominated by the temporary resolution in Washington, there were two important takeaways from the domestic and global economic data that was released.