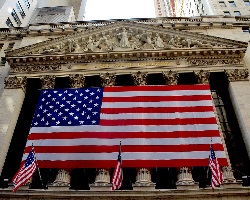 What’s in today’s report: Are there new tailwinds for stocks? Weekly Economic Cheat Sheet, U.S. equity futures are trading higher, Novavax was the latest company to begin human testing for its coronavirus vaccine and more…

Gold Capped by a Strong Downtrend

It was a slow week economically given the Christmas holiday, but the data that was released was positive, and supportive of the growing view that we are seeing economic growth starting to accelerate. Last week’s highlight was…

END_OF_DOCUMENT_TOKEN_TO_BE_REPLACED
https://sevensreport.com/wp-content/uploads/2019/02/sevens-report-research-logo.png 0 0 Tom 2 https://sevensreport.com/wp-content/uploads/2019/02/sevens-report-research-logo.png Tom 22013-12-30 10:17:012013-12-30 10:17:01The Economy: A Look Back and What’s Ahead (12.30.13)
Last Week The FOMC decision to taper QE was the big news from an economic perspective, but beyond that, there were a few other notable takeaways that are important in light of the new trajectory of Fed policy. Specifically, we learned last week that the economy in Q3 was stronger than we thought, that the manufacturing sector in December is a little slower than we thought and that the housing recovery is still ongoing, but concerns about a loss of momentum in the face of rising rates remain. Starting first with the Fed, though, you all know by now the Fed announced it would “taper” its QE program by $10 billion a month (from $85 billion to $75 billion) starting in January.  In a feat of monetary policy wizardry, though, the FOMC managed to taper QE yet come off somewhat “dovish.” They strengthened their “forward guidance” for keeping interest rates at 0%, saying the would keep rates at 0% well past 6.5% in the unemployment rate (thereby effectively raising the bar for when rates would start to rise).  Overall the market welcomed the news, and stocks saw a big post-FOMC rally Wednesday afternoon. And bonds, while they did decline, largely “behaved.”  It was the best-possible outcome for the Fed and for stocks. Read More
https://sevensreport.com/wp-content/uploads/2019/02/sevens-report-research-logo.png 0 0 Tom 2 https://sevensreport.com/wp-content/uploads/2019/02/sevens-report-research-logo.png Tom 22013-12-23 09:51:322013-12-23 09:51:32The Economy: A Look Back and What’s Ahead (12.23.13)
I remain skeptical of the “power” of forward guidance and think the switch away from QE to forward guidance as a primary policy tool only furthers the bearish case for bonds.  And, my skepticism is rooted in experience and observation. Although the rise in the Dollar Index yesterday got a lot of press, the one currency that was stronger vs. the dollar yesterday was the British Pound, which saw a 0.8% rally vs. the greenback—and that’s something that shouldn’t be dismissed, because I believe that what’s happening with the Pound, the FTSE and UK Bonds, may provide us a “road map” of sorts for what will happen to the Dollar, Bonds and stocks, now that the Fed is switching to “forward guidance” as its primary policy tool. Read More
https://sevensreport.com/wp-content/uploads/2019/02/sevens-report-research-logo.png 0 0 Tom 2 https://sevensreport.com/wp-content/uploads/2019/02/sevens-report-research-logo.png Tom 22013-12-19 11:18:032013-12-19 11:28:59Fed Pivot to Forward Guidance Furthers Bear Case for Bonds